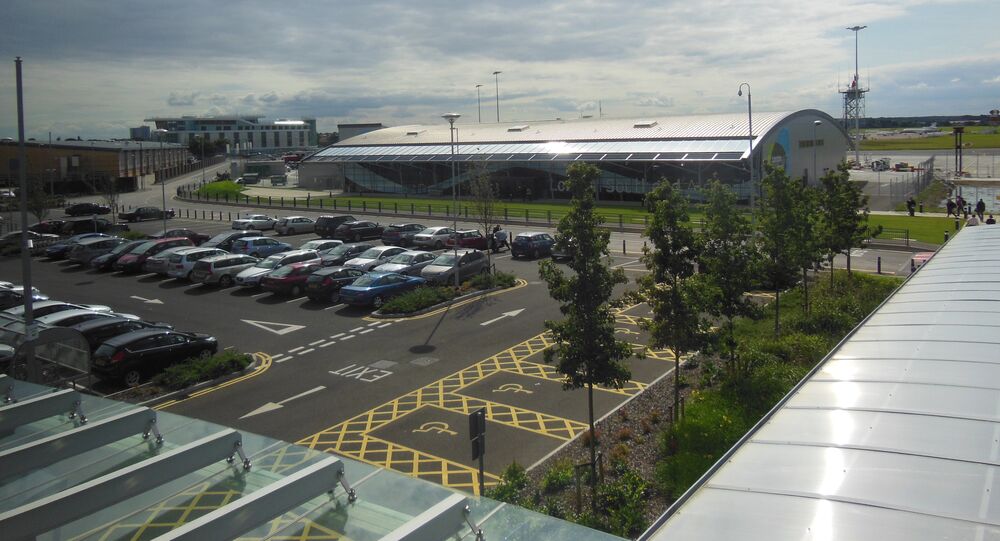 A huge fire occurred near the Southend airport in London on Wednesday morning. A brigade of firefighters was called at the scene around 11 a.m. local time.

UK firefighters were called to the scene at the London Southend airport following an incident in an aircraft hangar, the airport is still operating as normal, the Essex Fire and Rescue and the airport said Wedensday.

"Firefighters have been called to an incident this morning involving an aircraft hangar," a spokesman for Essex Fire and Rescue said, as quoted by the Echo newspaper.

Earlier in the day, local media reports emerged claiming that an explosion had occurred near the airport.

"Essex Fire and Rescue is currently dealing with an incident at the Air Livery hangar on the north side of the airfield. London Southend Airport is still open and operating as normal," a spokesman for Southend Airport said as quoted by Echo.

Essex Fire service later confirmed that there was a fire incident: "When firefighters arrived at the scene they reported the large hangar, which is used to livery aeroplanes, was on fire. Six fire engines were requested to help tackle the fire."