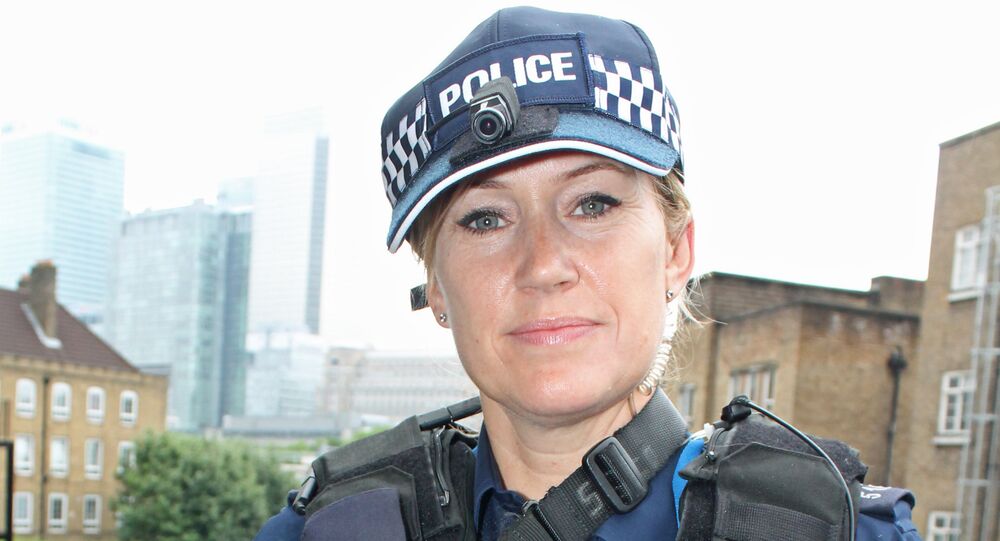 Big Brother Watch: UK Police Use of Body-Worn Cameras Could Be Costly Danger

Since 2010, almost three-quarters of UK police forces have purchased body-worn cameras, collectively spending over US$30 million in the process. However, civil liberties group Big Brother Watch has warned the technology may be useless as a crime-fighting provision, and a waste of resources.

Advocates of body-worn cameras claim the technology improves and enhances transparency in frontline policing, reduces the length of time it takes to prosecute criminals, and offers greater protection from inappropriate or violent behavior to police officers and civilians alike.

However, Big Brother Watch's investigation of the tech, compiled via Freedom of Information requests dispatched to all 45 of UK's police forces, suggests there is little evidence their use has had a positive impact on policing.

In all, 42 forces responded to Big Brother Watch's requests — of these, 32 (71 percent) used body cameras, with 47,922 purchased so far, with four either trialing or planning to deploy them soon.

The total invested in body-worn cameras indicated by FoI requests (in excess of US$30 million) almost undoubtedly underestimates the true figure, as several police forces refused to disclose how much they had spent.

From today, Body Worn Video (BWV) is being issued to all of our Armed Response Units across #London pic.twitter.com/IoMzidJ1fs

​One force that declined to offer full financials includes Greater Manchester Police, which has 3,148 cameras in use (the second highest among police forces) — it opted to keep schtum as the information was "commercially sensitive," although in 2016 the cost was reported by local media to be just under US$3 million (including US$1 million the cameras themselves, and further funds for maintenance and storage costs).

The biggest spender was London's Metropolitan Police, which spent US$20 million on 22,000 cameras, and Monday, August 14, revealed it was kitting out all its armed response units with the video tech.

Reveal is the most popular manufacturer among forces, having flogged its wares to 19 forces, although taser-creator Axon provides more units overall, (26,935) despite only supplying four forces.

Big Brother Watch's investigation suggests all video recorded by the cameras is saved to an external "cloud" before being destroyed within 31 days unless required as evidence, in line with internal rules.

However, forces contacted failed to indicate how data generated by body-worn cameras has been and can be used — when asked how many prosecutions had both successfully and unsuccessfully used footage, no force was forthcoming with information.

Seven said the information wasn't held, one said it wasn't recorded at all, while others said data wasn't collated or held in an accessible format. The rest refused to answer based on the cost and time it would take to gather the information.

© AFP 2020 / Chandan Khanna
Hunting the Hunter: Criminals Use CCTV Cameras to Monitor Cops
Big Brother Watch said it was simply "not good enough" to claim cameras had achieved positive results when the assertion cannot apparently be supported by documentation — if UK police are insistent the technology offers clear benefits, data must be provided to show the assertion is accurate.

The campaign group is also concerned over police forces using body-worn cameras in other ways, such as gathering up-to-date images of known criminals and suspects, via stop and search — an objective "far removed" from the cameras' purported purpose of improving relations between police and public.

In the least, Big Brother Watch's findings indicate the promised benefits of body-worn cameras are far from proven, raising serious questions about the logic of a police force spending vast sums (in a time of ever-reducing budgets) on potentially needless technology. Body-worn cameras are far from the first instance of publics being encouraged to support the use of costly surveillance technology, based on hypothetical benefits. For instance, the sweeping adoption of CCTV in the UK was promoted as means of reducing crime and improving safety on the streets —after two decades and billions spent, its only tangible benefit is people "feel safer" rather than actually are made safer.

"It's not responsible to pursue worthless technology in the hope after enough time has passed the technology's value will be either proven or forgotten about. For body worn cameras to benefit both officers and society alike, the police must ensure quantifiable data on the use of footage and the use of the cameras is collated and published. Technology may be inevitable, but its success is not. We should not just use technology for technology's sake — the public should be assured investment in technology is value for money, and benefits are proven and not assumed," the report concluded.

Big Brother Watch's conclusions concur with the findings of a 2015 analysis carried out by the London Mayor's Office for Policing and Crime that assessed a trial rollout of the cameras, in which 500 were used by 814 officers.

The report concluded the technology had little-to-no impact on police work — the number of stop and searches was not reduced, arrests did not rise or fall, and there was little to suggest cameras changed the way officers dealt with victims or suspects. While a reduction in allegations from the public against officers when they wore the cameras was identified, the figures "did not reach statistical significance" and merely matched the overall downward trend in complaints police were experiencing, irrespective of the use of the technology.

Besieged German Cops to Try Out Body Cameras for Their Protection