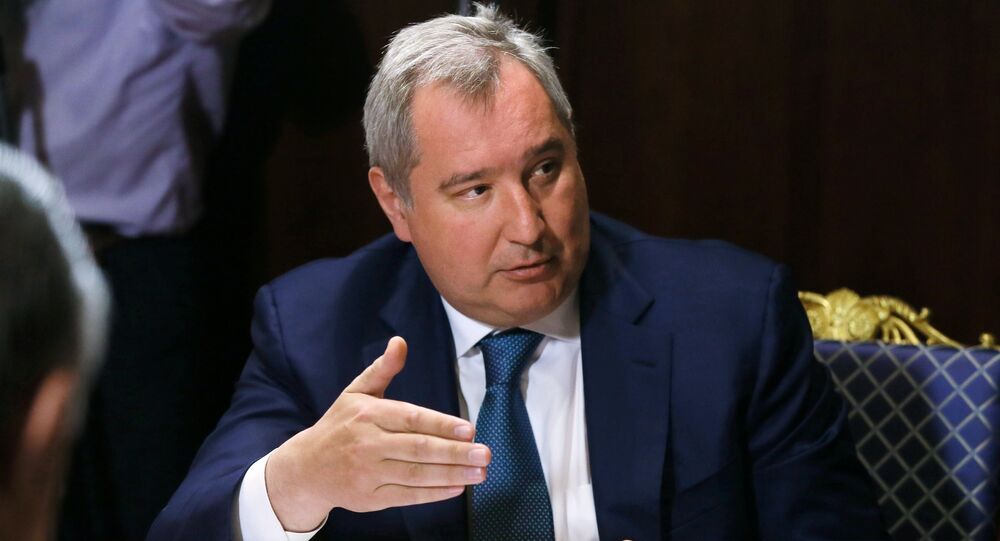 Russian deputy Prime Minister Dmitry Rogozin said Tuesday it is impossible to copy Ukrainian-made rocket engines without the help of Ukrainian specialists, commenting on suggestions that North Korea could have created copies of engines manufactured by Ukraine's Yuzhmash company.

"What does "copies of engines" mean? After all, it's not a picture or a sculpture. To make a 'copy' one must have either the original engine or its detailed drawings. And it would be impossible without the Ukrainian specialists capable and ready to set up production on someone else's premises," Rogozin said in his Twitter blog.

"One way or another, it certainly involves smuggling in order to bypass all existing international bans," he stressed.

© Sputnik / Ilya Pitalev
Report on Ukraine Military Supplies to DPRK 'Does Not Suggest Kiev Involvement'
The scandal over Ukraine's alleged supplies of missiles' parts to North Korea was triggered by The New York Times newspaper piece on Monday. The paper suggested that Pyongyang could be using a modified RD-250 high-performance liquid-propellant engine (LPE) for its latest missiles, the kind that used to be developed at Yuzhnoe and Russia’s Energomash company.

The representatives of the Ukrainian establishment, including the country's prime minister, denied the report.