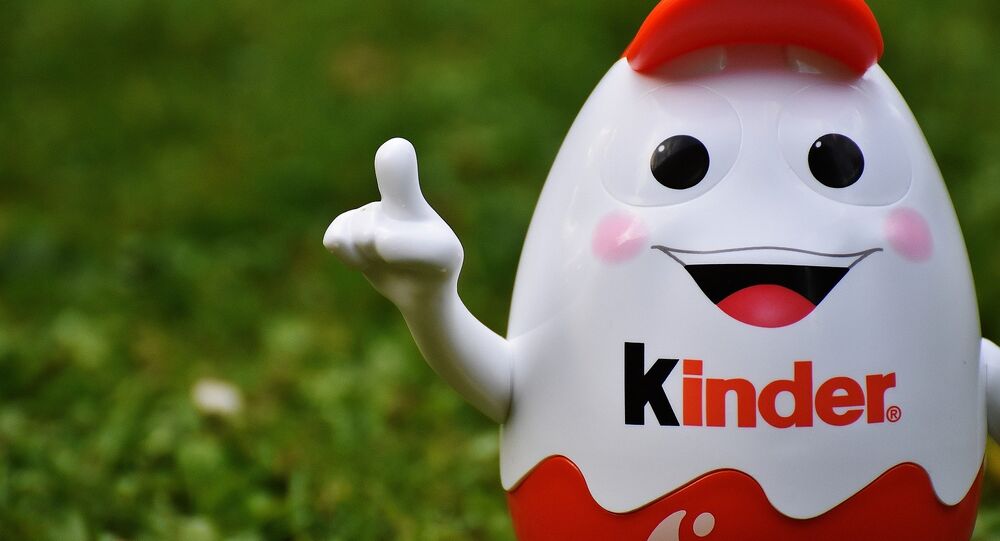 A refrigerated trailer with 20 tons of chocolate has been raided in a German town. At the same time, a semi-trailer filled with 30 tons of fruit juice has disappeared in the north of the country. Could this be a coincidence?

On August 14, police put an appeal out for information after a cargo of Nutella, Kinder Surprise eggs and other chocolate delights were stolen from the town of Neustadt in Germany.

"Anyone offered large quantities [of chocolate] via unconventional channels should report it to the police immediately," the authorities said in a statement.

It is believed that the stolen chocolate is worth up to US$82,000 and was likely to have been taken between 12-13 August.

The amount that was taken was so large and heavy that a spokesperson for the local media said that the thieves would have needed a truck of their own to overload the goodies.

​Police are investigating the incident but are also wondering if it was linked to another theft that took place nearby — in the city of Weimar over the weekend, where a truck with an empty trailer had vanished.

In addition to this, a further heist took place in the norther town of Wittenburg, where a semi-trailer filled with 30 tons of fruit juice was also stolen.

One is left to guess whether the thefts are linked and whether the perpetrators are planning a huge chocolate-juice fest.

​​It is not the first time large quantities of chocolate have gone missing in Germany. In 2013, US$15,000 worth of Nutella was stolen from a lorry in the town of Niederaula.