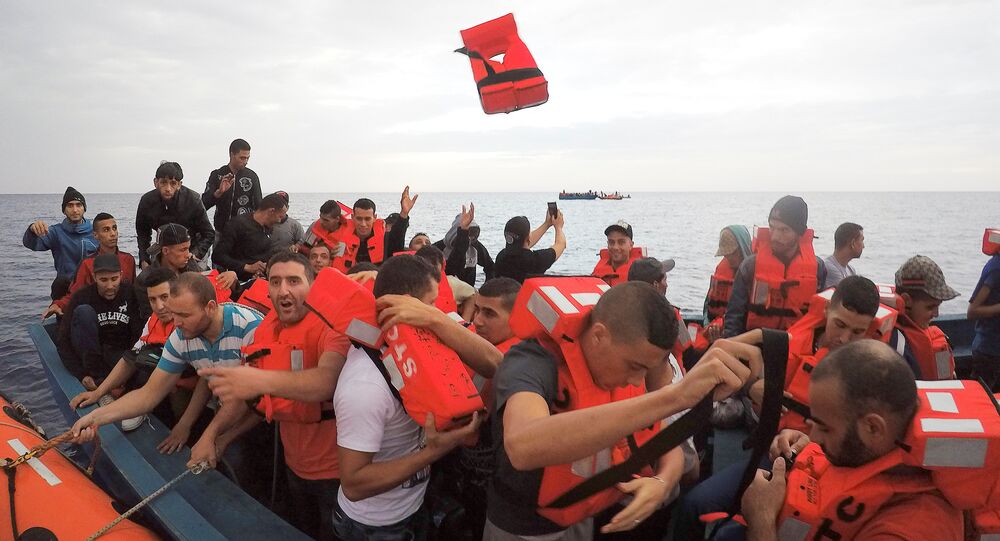 MOSCOW (Sputnik) — On Saturday, the Doctors Without Borders (Medecins Sans Frontieres, MSF) international humanitarian group also announced the suspension of the search and rescue activity of its biggest ship in the Mediterranean, the Prudence, because of "increasingly hostile environment for lifesaving rescue operations."

"Today, we decided with a heavy heart to temporarily suspend our planned rescue missions in the Mediterranean. I have informed our crews and skippers of this decision. The reason for this is the changed security situation in the Western Mediterranean, after the Libyan government announced an indefinite and unilateral extension of their territorial waters — in connection with an explicit threat against the private NGOs," Michael Buschheuer, the founder of the organization, was quoted as saying in its statement.

"Under these circumstances, a continuation of our rescue work is not currently possible. It would be irresponsible towards our crews," Buschheuer said in the statement, adding that the organization intends to analyze the security situation and discuss future actions.

The route from Libya to Italy is the most popular among irregular migrants. According to UN data, over 95,000 migrants and refugees arrived in Italy by sea in 2017, while more than 2,350 refugees died in the sea.