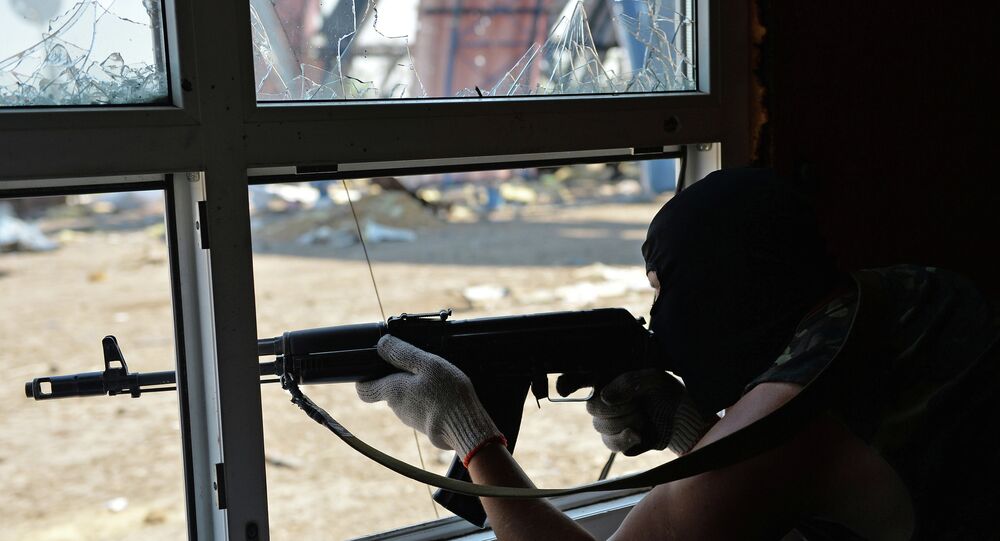 One soldier of the people's militia of the self-proclaimed Lugansk People’s Republic (LPR) was wounded in a mortar attack conducted by the Ukrainian security forces, the press service of the LPR Defense Ministry told Sputnik on Saturday.

LUGANSK (Sputnik) — The press service also added that Kiev forces had violated the ceasefire 9 times over the past 24 hours.

"At 14.30 [11.30 GMT] on August 11 a mortar attack was registered… As a result of the attack, one serviceman of the LPR national police was injured," the press service said.

On June 21, a trilateral contact group, composed of Russian, Ukrainian and Organization for Security and Co-operation in Europe (OSCE) mediators, agreed to impose a ceasefire in Ukraine's eastern regions during the summer harvest, which would last from June 24 to August 31. This truce is another attempt to force warring parties to lay down the arms and allow peace to resume in the Donbass region, which has been torn apart by several years of fighting.