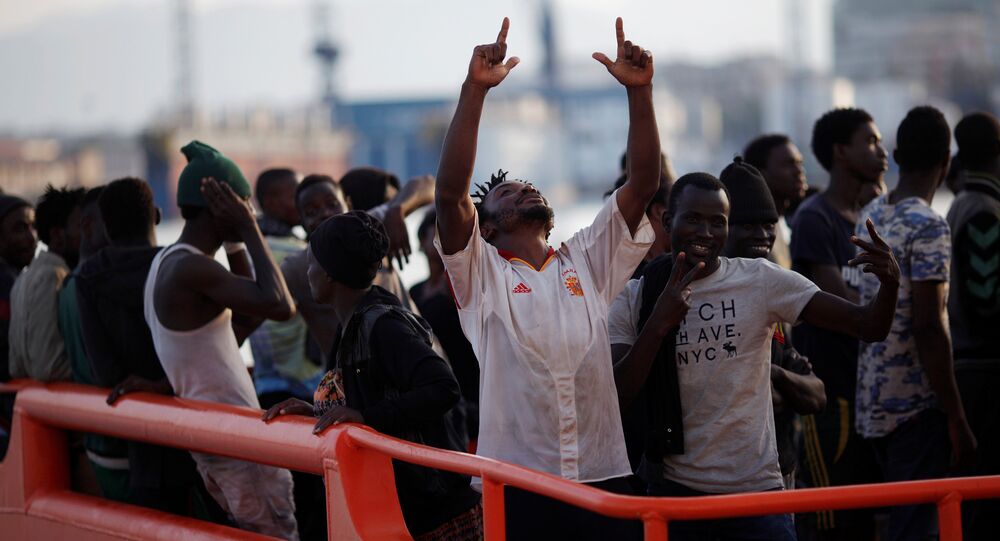 Spain has to prepare for an increased influx of migrants and refugees as it currently does not have the necessary infrastructure, Rosa Otero, a deputy spokeswoman for UN Refugee Agency (UNHCR) Spain, told Sputnik.

PARIS (Sputnik) — According to Otero, 7,900 people arrived in Andalusia in the first seven months of the year, almost triple the number of arrivals in the same period in 2016. The latest International Organization for Migration (IOM) data indicated that over 8,000 migrants landed on Spanish shores since the start of the year by August.

"There was an important increase, but those numbers are still manageable. Still Spain has to prepare. It’s not an emergency situation, but there is no infrastructure prepared to deal with more arrivals … The country has to be prepared for an increase of arrivals, increase of asylum-seekers. It has to create planning to allocate more resources for infrastructure, but also human resources to manage this situation," Otero said.

According to the UNHCR representative, Spain has to get ready to protect the needs of those newly arriving, identify people in need of protection and those with special needs, like minors or potential victims of trafficking.

"It’s important that more alternative legal pathways are established to avoid that people come to Europe, to Spain through these dangerous ways, to avoid people risking their lives at the sea," Otero said.

© AFP 2021 / ARIS MESSINIS
EU to Adopt 'Turkish Scenario' in Migration Deal With Libya - Merkel
"The main countries [from where the migrants arriving to Spain come] are Morocco, because obviously it’s closer, but also they come from Sub-Saharan countries like Cote d’Ivoire, Guinea or Algeria, Gambia, but there are also people coming from Syria. They are taking the longer route, and they try to enter through the land border instead of risking their lives in the sea," the UNHCR representative said.

IOM figures showed that 121 migrant deaths were registered along the Spanish route in 2017, while Italy saw 96,861 arrivals in the same period, with 2,242 deaths registered on that route.

Italy and Greece have been at the forefront of the refugee crisis that the European Union has been experiencing. Both countries have been struggling to accommodate hundreds of thousands of refugees reaching their shores, while non-governmental organizations have repeatedly issued warnings about the dangers of the sea crossings.

Macron, Merkel 'Do Whatever They Can to Push the Migration Further'