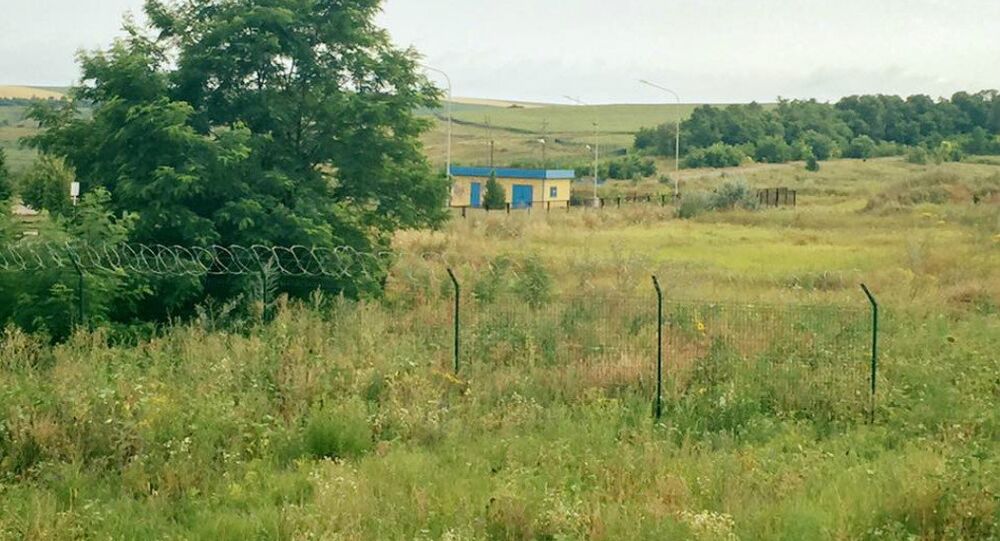 Ukraine's Construction of 'Wall' on Border With Russia Still Underway

Ukraine's border guard service is not planning to suspend building barriers on the border with Russia despite the ongoing investigation of potential embezzlement of funds in the project, State Border Guard Service of Ukraine spokesman Oleh Slobodyan said Friday.

KIEV (Sputnik) — In September 2014, then Ukrainian Prime Minister Arseniy Yatsenyuk introduced a project to build a fortified barrier on the Russia-Ukraine border, which was called "The Wall."

"As regards the detentions of our servicemen, it they are found guilty, they will be prosecuted under the Ukrainian laws. It will not have an impact on the relevance of the project. The project is important, it should be implemented," Slobodyan told reporters.

© AFP 2020 / SERGEY BOBOK
'No Wall, No Yatsenyuk, No Money’: All That’s Left From Project Wall With Russia
He noted that budget allocations for the project totaled 200 million hryvnias ($7.8 million) this year, adding that the Ukrainian parliament and cabinet had made a decision to allocate extra 300 million hryvnias  ($11,7 million).

He added that work related to the project were underway in the Kharkiv region and northern part of the Lugansk region.

© AFP 2020 / SERGEY BOBOK
Millions of Dollars Stolen From Ukrainian 'Great Border Wall With Russia' Project
In 2015, the Ukrainian government approved the wall's project plan, which is to last for four years and require budget allocations worth of 4.1 billion hryvnias (approximately $150 million). However, subsequently project funding was halved in 2015-2016. The Ukrainian authorities are currently investigating a criminal case over the misappropriation of funds allocated for the project.

On Thursday, Ukraine's National Anti-Corruption Bureau announced that law enforcement officers detained seven people, including border guard officers and contractor companies' representatives, over suspicion of embezzling public funds allocated for the border fortification project dubbed "The Wall." On Thursday and Friday, a court ruled out to take all suspects into custody, with the possibility to be released on bail. Following the events, local media reported that the project might be closed.