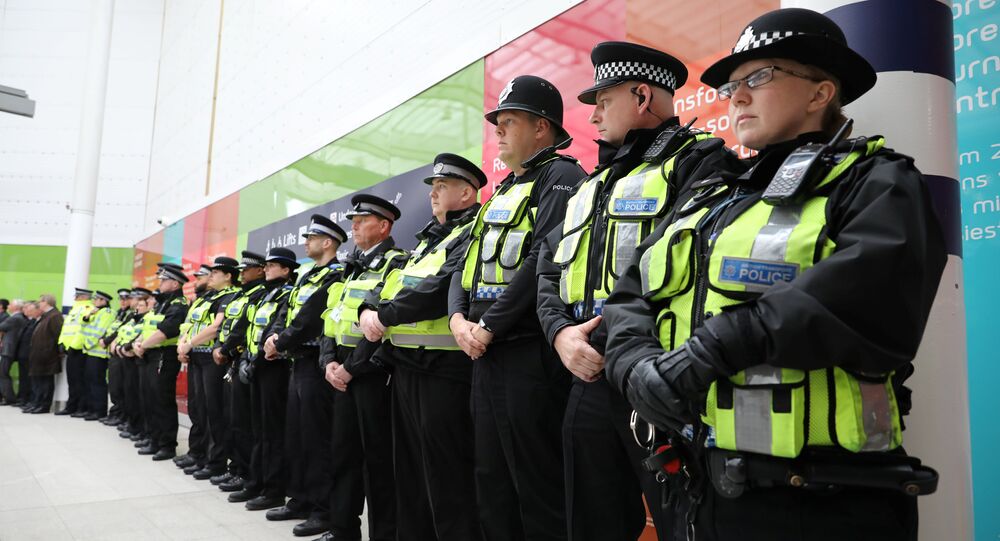 'Conservatives Have Destroyed Policing': Half of All UK Police Stations to Close

More than half of London’s police stations will have to close down because Scotland Yard is facing government cuts of £400 million ($519 million). One former police officer told Sputnik the Conservative government has "destroyed" the police since 2010.

The Mayor of London, Sadiq Khan, and the new Commissioner, Cressida Dick, unveiled a public consultation last month about closing down and selling off large numbers of police stations and neighborhood police bases in the capital.

Among the buildings closing is a police office in Streatham, south London, which only opened two years ago after £500,000 ($648,000) of refurbishment work.

Peter Kirkham, a former chief inspector in the Met, said policing had changed a great deal and fewer police stations were actually needed.

"Fifteen or 20 years ago we started noticing that with mobile phones and later the internet that people were not coming into front offices of police stations so often. There used to be queues years ago but there were some nights where virtually nobody came into the front counter. The number of crimes that are reported in person is very low. Most people tend to report by phone or online now and a lot of the things you used to do at a police station have gone, like lost and found property or production of vehicle documents," Mr. Kirkham told Sputnik.

"It makes sense to close them but they are symbolic, like the pub, the post office or the library, and we see a lot of these things where people are not using them but are up in arms when they are proposed for closure," Mr. Kirkham added.

But he said the bigger issue was that police officers and community support officers would have nowhere to base themselves when all these buildings were closed.

"Police officers have laptops nowadays but there are all sorts of security implications if you are expecting police officers to type up their crime reports on a laptop in a café. It's not realistic," Mr. Kirkham told Sputnik.

Congratulations to the 214 new recruits who attended today’s passing out parade at #Hendon – the largest one this year! pic.twitter.com/04hV5qCWyB

He said another serious issue was the lack of custody suites in certain parts of London.

"There is a lot of time being wasted traveling across London and queuing to book a prisoner in and sometimes there is no space. It can take up to three hours getting somebody into a custody suite. Officers are deciding not to arrest people until they can be sure there is space for them. There are significant problems now as the cuts bite so deeply. But if it's a choice between fewer cops or fewer buildings — then the latter is preferable," Mr. Kirkham told Sputnik.

Mr. Khan, who replaced Boris Johnson as Mayor in 2015, said in June that cuts in future police funding from Theresa May's government meant the Met might have to cut 12,800 officers.

With @MetPoliceUK having to save £700m due to Govt cuts, I'm calling for a bigger @PremierLeague contribution towards matchday policing. pic.twitter.com/3nNEDUsgi1

​"The huge government cuts to the Metropolitan Police Service have left us with no choice but to take drastic action to protect the frontline of policing," he said last month.

"My top priority is keeping Londoners safe, and every pound saved by closing a front counter is a pound of savings that we do not have to find by reducing the frontline. The government urgently needs to properly fund the Met police so that they can do their job and keep Londoners safe," said Mr. Khan.

"The Conservatives have destroyed policing. There is a crisis in policing. It is on the point of collapse, especially the Met," he told Sputnik.

The Curtis Green Building – the new home of the Metropolitan Police’s New Scotland Yard – has been awarded a @RIBA London Regional Award! pic.twitter.com/kRBRb3Pqm3

The Met has recently moved from New Scotland Yard to a much smaller building, Curtis Green, which is on the banks of the Thames.

The force was paid £370 million ($480 million) for the Scotland Yard site by the Abu Dhabi Financial Group, which has already torn part of it down and is converting it into luxury apartments.

Mr. Kirkham said he understood the new building was largely offices for senior officers and press facilities and there were very few detectives working out of it.