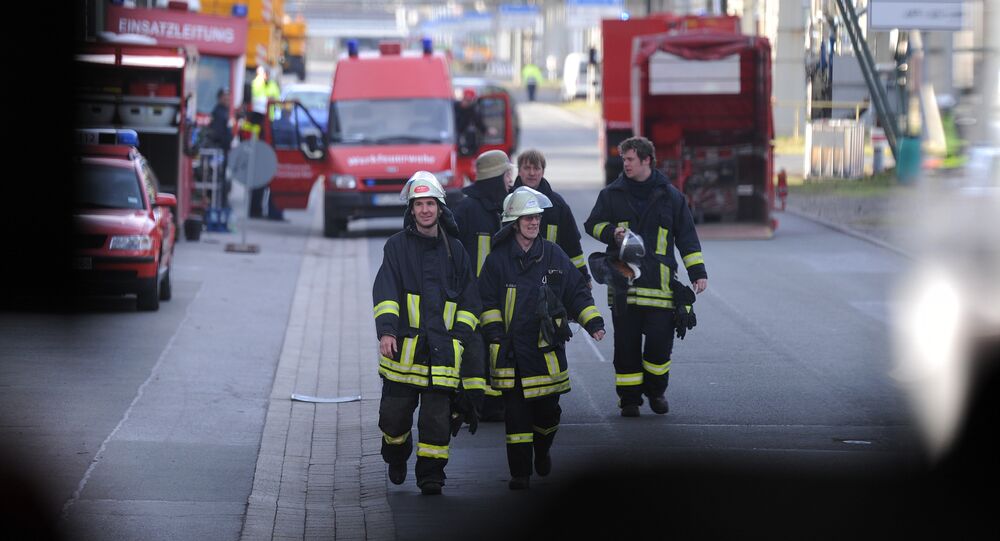 An explosion took place at a chemical facility in the German town of Marl in North Rhine-Westphalia state, according to local media.

MOSCOW (Sputnik) — Five people have been injured in an explosion at a chemical facility in the German town of Marl in North Rhine-Westphalia state, the facility's operating company said Thursday.

"On Thursday, August 10, an explosion and fire [originating from the blast] went off at the ISP Marl GmbH acetylene plant. Five employees were slightly injured and are receiving medical treatment… The fire brigade was able to quickly put the fire under control. The authorities are on site. The extent of the damage is not yet known," the statement read.

The Marl Chemical Park is one of the largest chemical sites in Germany. It covers an area of more than six square kilometers (2.3 square miles) and hosts Evonik holding companies, as well as 12 other chemical enterprises with roughly 100 production plants linked in an integrated material and energy network. The companies of the park employ about 10,000 people.

At Least 4 Die in Residential Building Explosion in Southern Germany