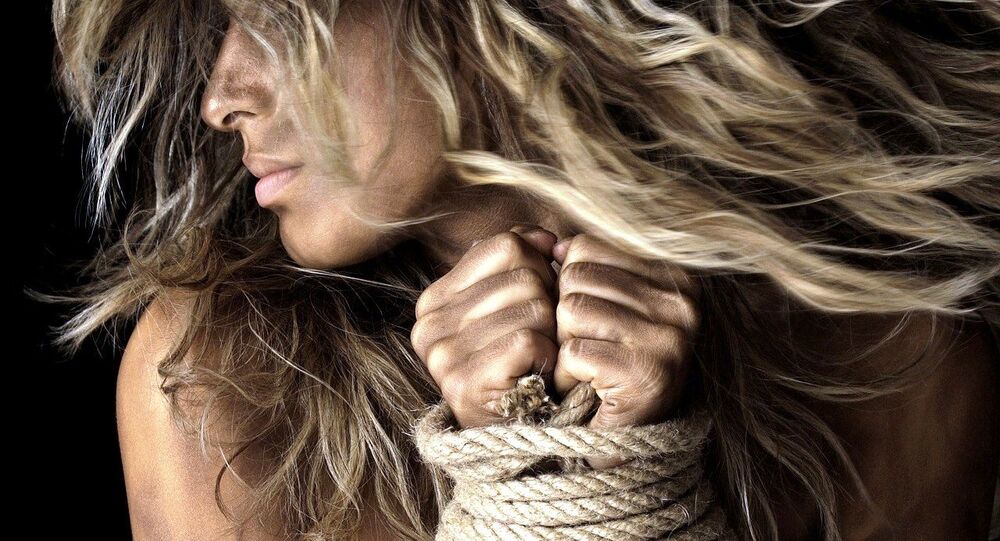 Brexit might make it harder for human traffickers to get victims into Britain, the National Crime Agency (NCA) claimed on Thursday, August 10. But Will Kerr, the NCA's Director of Vulnerabilities, said the downside of Brexit could be that it might be harder to co-operate with European law enforcement agencies.

Will Kerr said there had been a big increase in human trafficking and modern slavery cases in the last 12 months, but there was no evidence it was linked to Brexit.

"We haven't seen an attempt to move people [into Britain] in advance of Brexit, but like many other walks of life we simply don't know what the impact of Brexit is going to be," Mr. Kerr told Sputnik.

"But what we do know though is that the information and tools we currently use to disrupt these gangs and identify offenders we are going to need after Brexit as well.

"What impact it's going to have on numbers we don't know. It's possible… that it could make it harder for people to move victims into the United Kingdom. But that's entirely speculative. We simply don't know," he added.

His comments came as the NCA revealed the scale of the modern slavery problem in Britain.

They said were 300 live policing operations targeting modern slavery in the UK and there had been 111 arrests in the UK since the launch of Operation Aidant in May.

Among the most shocking examples outlined were a 12-year-old Roma girl who had apparently been "effectively sold by her father" into domestic servitude in Britain.

My name is Silvia. I am 22 years old. I am from Romania and I have been here for a long time. #SilviasStory pic.twitter.com/7xlASNgiBh

She was living with a family and was expected to walk their children to school every day, and then spend the rest of the day cleaning the house, receiving no education herself.

A Romanian gang who were operating across Europe had made five million euros (US$5.8 million) from trafficking and slavery.

On June 30 members of the gang in Britain, Romania, Germany, Switzerland and the Czech Republic had been arrested, and 10 women in the north-east of England involved in prostitution had been "safeguarded."

My body hurts. Today I have some bruises but the worse pain is down there. #SilviasStory pic.twitter.com/EVVdWSNacq

Another gang in Bristol was exploiting Slovakian men in a car wash business.

Mr. Kerr said the scope of the problem was massive, with tens of thousands of victims in Britain alone.

He said estimates globally suggested 46 million people were victims of modern-day slavery, and gangs were making US$500 trillion a year from exploitation.

Mr. Kerr said many organized criminals had moved into the slavery trade from drug trafficking as they realized the "commodification of people" was less risky and more profitable than narcotics.

He pointed out these gangs could make up to £600 (US$780) per day from pimping trafficked women, and he said in some cases, women had been tricked into applying for non-existent jobs in the UK and ended up with no clothes apart from the underwear they were expected to wear while selling sex.

Mr. Kerr was also asked about the case of Chloe Ayling, the British model who was tricked into going to a fake photo shoot in Milan, Italy and then kidnapped to be sold as a sex slave on the dark web to a client in the Middle East.

He indicated she had been debriefed by the NCA, but would not comment on the ongoing investigation by the Italian police.

"The growing body of evidence we are collecting points to the scale being far larger than anyone had previously thought," said Mr. Kerr.

"The intelligence we are gaining is showing that there are likely to be far more victims out there, and the numbers of victims in the UK has been underestimated," he said.

"There will be people living and working where victims come into contact with everyone else's so-called normal lives," said Mr. Kerr, who appealed for members of the public to be vigilant.

"They may see something they feel is not quite right. That might be someone seeming afraid, vulnerable or being controlled, moved around or forced to work against their will. If they do, we need the public to speak for us," he added.

Sports and Modern Slavery: Have You Heard of Athletic Trafficking?