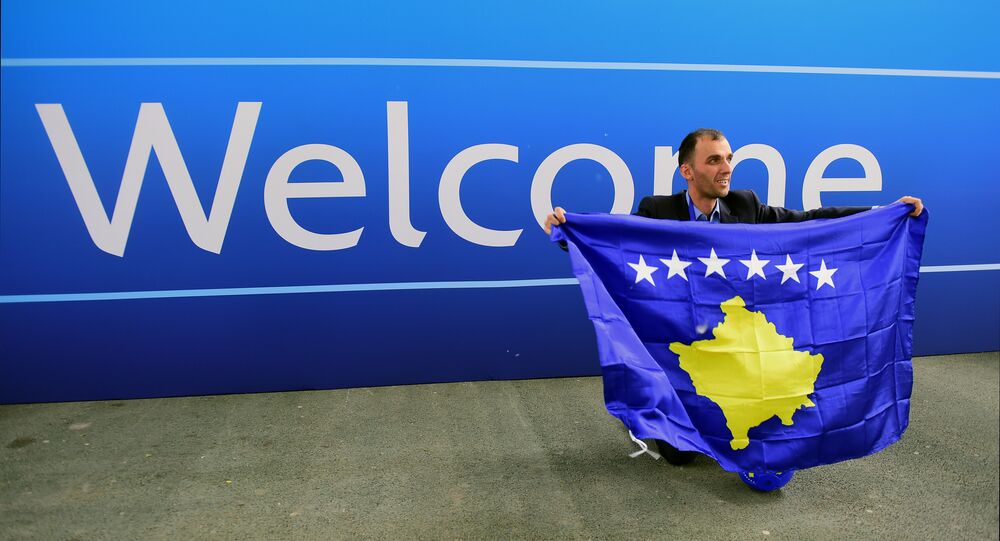 Serbia strongly condemns the detention of Russian and Serbian nationals by Kosovo's police and calls for their immediate release, Marko Duric, the director of the government's Office for Kosovo and Metohija, said in a statement on Wednesday.

© AP Photo / Darko Vojinovic
'Compromise Solution': Serbian FM Proposes to Divide Kosovo Into Two Parts
BELGRADE (Sputnik) – On Tuesday, five Serbians and six Russian nationals, who were visiting their relatives, were detained in an attempt to illegally cross the border of Kosovo. According to Kosovo's prosecution, the detained persons are suspected of taking part in illegal drills in the northern part of the partially recognized state.

"I strongly condemn the methods and the abuse of power exerted by the police and judiciary authorities of the autonomous province [of Kosovo] against a group of Serbian and Russian nationals, detained near the administrative border during the visit to Kosovo and Metohija as an attempt of political abuse, and demand their release," the statement read.

Duric pointed out that the people were detained for 48 hours and "their release was intentionally delayed under the pretext that the court is too busy to deal with the case."

Earlier in the day, the deputy head of the Russian Foreign Ministry's Department of Information and Press told Sputnik that Moscow was following the development of the situation with detention of Russian nationals by Kosovo's police and was pursuing efforts on their release.

Kosovo declared independence from Serbia in February 2008, and has since been recognized by over 100 UN member-states, including the United States. Belgrade considers Kosovo to be part of Serbia. Dozens of countries, including Russia, do not recognize Kosovo's sovereignty.