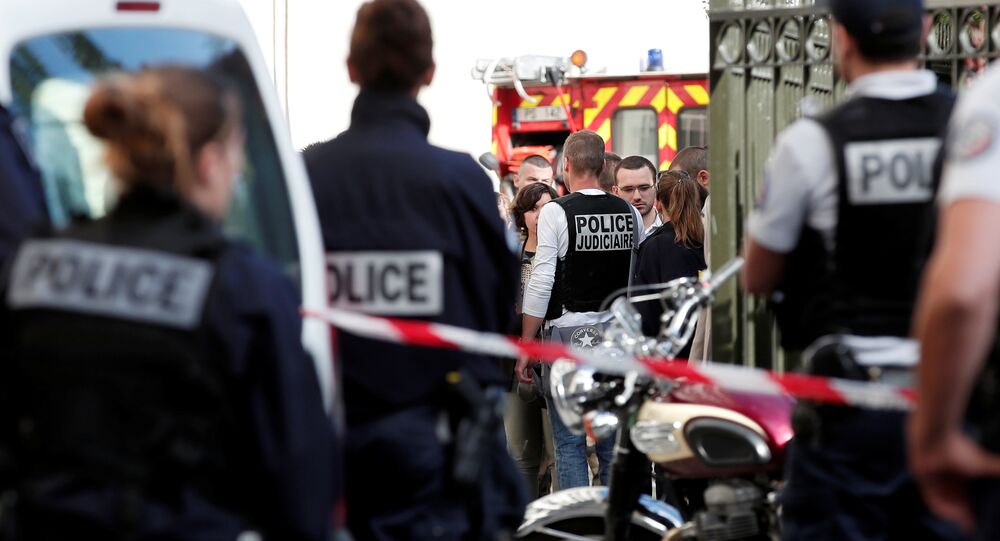 French Prime Minister Édouard Philippe confirmed on Wednesday that the man who was arrested on a motorway in northern France was the same person who had plowed a car into the soldiers in a Paris suburb earlier in the day.

BFMTV channel reported earlier that the French police had wounded and detained the man who could be behind the ramming attack against French servicemen near Paris.

The suspect was intercepted by the police on a motorway in northern France while driving the BMW which may have been used in the attack. The man, who was not armed, was shot during the arrest, accrording to the report.

Earlier in the day, a vehicle rammed into a group of French soldiers in the French town of Levallois-Perret. The suspected vehicle left six French police officers injured and after that fled the scene.

© REUTERS / Benoit Tessier
Security Operation Underway After Car Rams Into Police Officers in Paris Suburb (VIDEO)
The anti-terrorism office of the Paris prosecutors' office, which is in charge of investigating similar cases, has opened probe into the incident.

Paris Mayor Anne Hidalgo expressed support for the wounded and hopes that the perpetrators will be arrested soon.