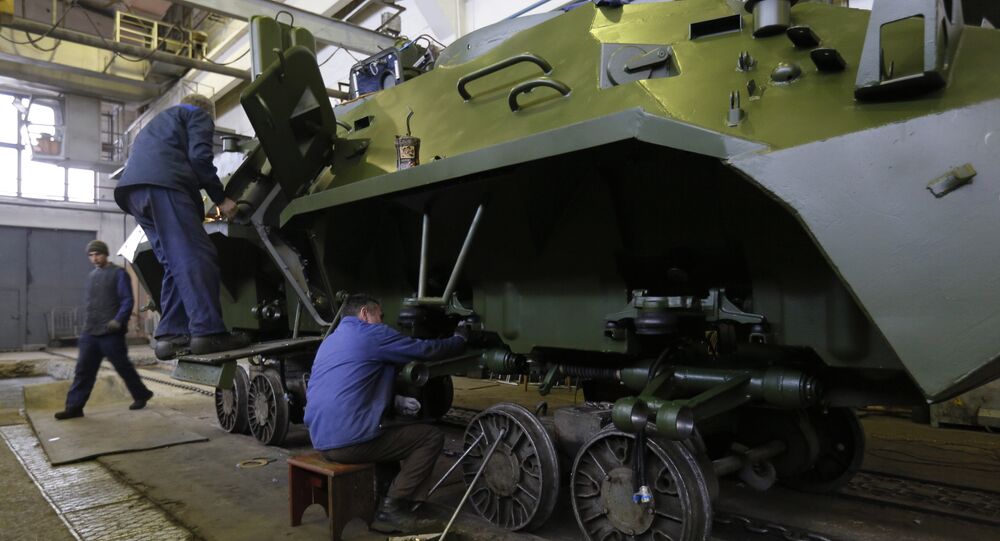 Ukrainian Prime Minister Volodymyr Groysman stated that the Ukrainian government decisided to suspend the intergovernmental agreement with Russia on cooperation in exports of military products to third countries.

KIEV (Sputnik) – The Ukrainian government made a decision on Wednesday on suspension of the intergovernmental agreement with Russia on cooperation in exports of military products to third countries, Ukrainian Prime Minister Volodymyr Groysman said.

"The decision has been made," Groysman said as broadcast by the 112.Ukraina television channel.

Earlier in the day, military expert Igor Korotchenko said that the agreement had been de facto canceled after the 2014 coup in Kiev, and that its suspension would not affect Russia.

© RIA Novosti . Sergey Pyatakov
Russia to Launch Regular Rail Services Bypassing Ukraine in 2017
The agreement between Kiev and Moscow was signed in 2003 and came into force in 2004. The sides agreed on cooperation in such areas as the export of military products to third countries, joint marketing and licensing studies of world defense products markets, exchange of information on these issues, consultations to agree on export prices and tariffs for the supply of military products to third-party countries, among others.

The agreement was signed for a period of five years and provided for an automatic extension for one-year time periods unless one of the parties to the deal informed its partner about their desire to rescind the agreement. At the same time, the cancellation of the accord would have no impact on unfinished projects or contracts signed under the deal.