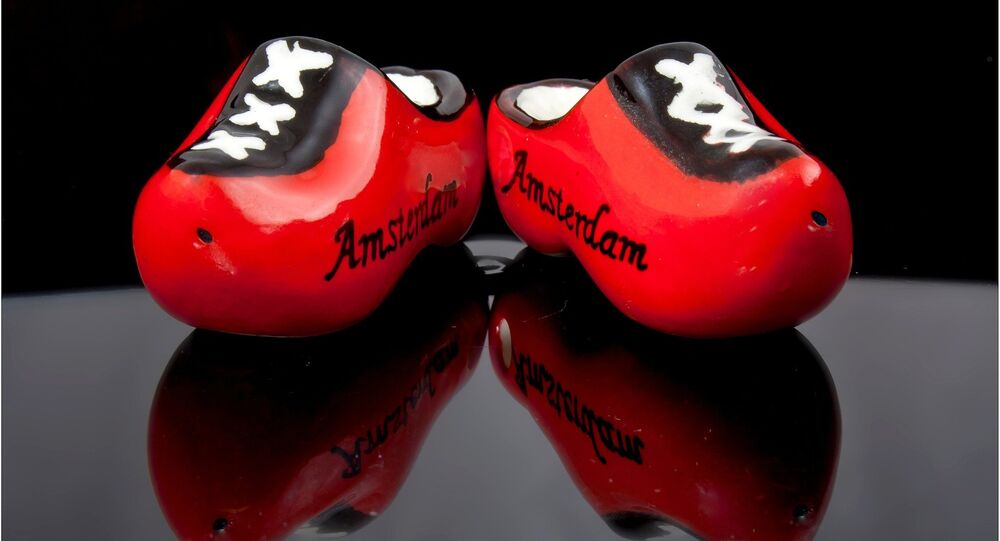 In the City of London's rush to identify a new European base from which to export their services to the continent, a number of cities – some predictably, others surprisingly – are emerging as ideal destinations for the fleeing. An expert has told Sputnik their mass departure will undoubtedly have "contagion" implications in other sectors.

© CC BY 2.0 / Jonathan Rolande / House Buy Fast.
UK May Lose 30,000 Finance Sector Jobs Due to Brexit
The UK's withdrawal from the European Union may be years away, but major international financial services firms aren't sitting idly by. Several investment banks have relocated partially or wholly elsewhere within the EU, and others are scurrying to find a new home. Their mass evacuation is reflected in the jobs market — recruitment agency Morgan McKinley's number of advertised positions in the City fell 15 percent year-on-year in June.

Perhaps predictably, Frankfurt — Germany's own financial and business center — has quickly established itself as an alternative headquarters for the banks and other financial players who have suddenly found the UK capital doesn't have the luster it once did.

Seven of the world's 12 largest investment banks, including Barclays, BNP Paribas, Citigroup, Credit Suisse, Deutsche Bank, Goldman Sachs, HSBC, JP Morgan and UBS, intend to open an office in the city, or move their operations there.

However, Simeon Djankov, a visiting professor at the London School of Economics (LSE), and Bulgaria's Deputy Prime Minister and Minister of Finance 2009-2013, says "Mainhattan" isn't the only locale in financial institutions' collective crosshairs.

"Dublin is also attractive, due to the country's good court system, and opportunities to establish insurance operations with well-trained staff. Paris and Amsterdam will likely benefit as well, but to a smaller extent and in niche financial sub-sectors, for example in private equity. About 15 percent of current City professionals are going to relocate to Europe within the next two years —after that, it depends on what's negotiated by the May government," Mr. Djankov told Sputnik.

Amsterdam has already lured MarketAxess and Tradeweb, two of the world's largest fixed income trading platforms, and Japanese bank MUFG, to its folds. The Royal Bank of Scotland's NatWest Markets division may be joining them before the year is over. Others could join them in due course.

The Dutch capital's appeal to investment banks is unsurprising. The city was the home of the world's first stock exchange, and effectively innovated the derivatives market in the early 1600s.

It's long been home to some of the world's biggest and oldest high-frequency traders — firms such as IMC and Optiver pioneered automated trading, and account for a sizable proportion of daily trade volumes on global markets. The Netherlands also has a similar regulatory structure to the UK (and was almost invariably on the UK's side when financial policies were discussed and shaped in the EU).

#RBS is preparing for a #Hard #Brexit by setting up an HQ in #Amsterdam… how are you preparing for this? We's love to hear your thoughts pic.twitter.com/SG48wq2ghD

Polish Deputy Prime Minister Mateusz Morawiecki forecasts the city will create 35,000 jobs in financial services by 2018 — a potentially over-optimistic forecast, but one with a legitimate grounding.

While Polish emigres residing in the UK are often stereotyped as construction or service workers, the City is rife with Polish professionals. They constitute the City of London's fifth largest ethnic group, behind British, American, French and Italians. With Polish citizens working in other sectors heading home in large numbers, finance staff will surely follow their lead.

Moreover, Poland has a favorable business climate (the World Bank ranks Warsaw ahead of Amsterdam, Zurich and Luxembourg on the ease of doing business), well-educated labor force and lower cost of living than many of its Western European rivals.

No other advanced economy relies on its banking and financial sector like the UK (the sector accounts for 8 percent of GDP, and 29 percent of exports), and as a result, Mr. Djankov believes many other sectors may be considering moving or reducing their UK operations as financial services head for the door. The City's auxiliary sectors — "accounting, auditing, and business advisory" — are going to need to move elsewhere, or find businesses in the UK to replace their lost custom.

"Tech industries [will need to look elsewhere] for sure, as they depend on innovative financing that will move away from London. Entertainment too — art exhibitions and cultural and sports events in London are sponsored by investment banks, and they are looking to continental Europe," Mr. Djankov told Sputnik.

However, many firms will be staying put. The LSE economist believes Theresa May's government will aim for a longer transition path to Brexit ("already hinted at" by Chancellor Phillip Hammond), as long as five years, in order to give City businesses time to adjust hiring practices and long-term strategy.