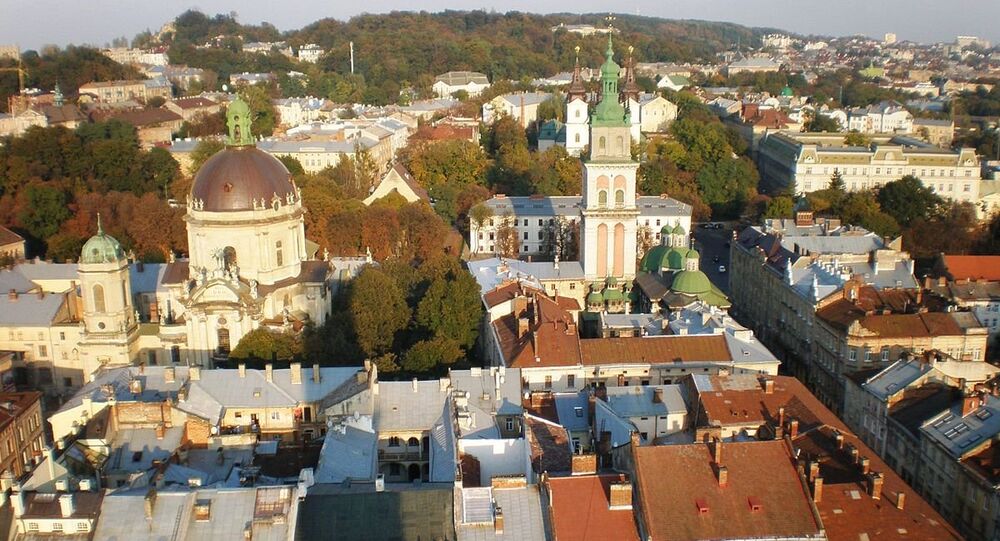 Ukrainian authorities have handed over a note of protest to Polish Ambassador to Ukraine Jan Pieklo amid Warsaw's plans to depict a chapel located in the Ukrainian city of Lviv in the new country's passports, the Ukrainian Foreign Ministry said Monday.

© Sputnik / Iliya Pitalev
Oops! Ukrainian Agency Illustrates Lviv Tank Factory Using Photo of Russian Tanks
KIEV (Sputnik) — Poland is planning to issue the new version of the country's passports with depictions of several historical figures and places to commemorate the centennial anniversary of its independence in 2018. One of the proposed historical places is a chapel located at the place of the Polish war graves at Lychakiv Cemetery in Lviv.

"Polish Ambassador to Ukraine Jan Pieklo, who was summoned to the Foreign Ministry, was given a note, in which a decisive protest as for the intentions… to put a depiction of a chapel located at the territory of the Polish war graves at Lychakiv Cemetery in Lviv to the pages of the new passport, was expressed," the statement said.

The Ukrainian Foreign Ministry added that Kiev regarded the intentions of Warsaw as an "unfriendly move" that had a negative impact on the development of a strategic partnership between the two countries.

The chapel is part of the Cemetery of the Defenders of Lviv, which in turn is the part of Lychakiv Cemetery. A number of Polish defenders of Lviv from the troops of the West Ukrainian People's Republic during the Polish–Ukrainian War that took place in 1918-1919 have been buried there.

Not About Money: Why Poland, Ukraine are Boosting Military Equipment Trade