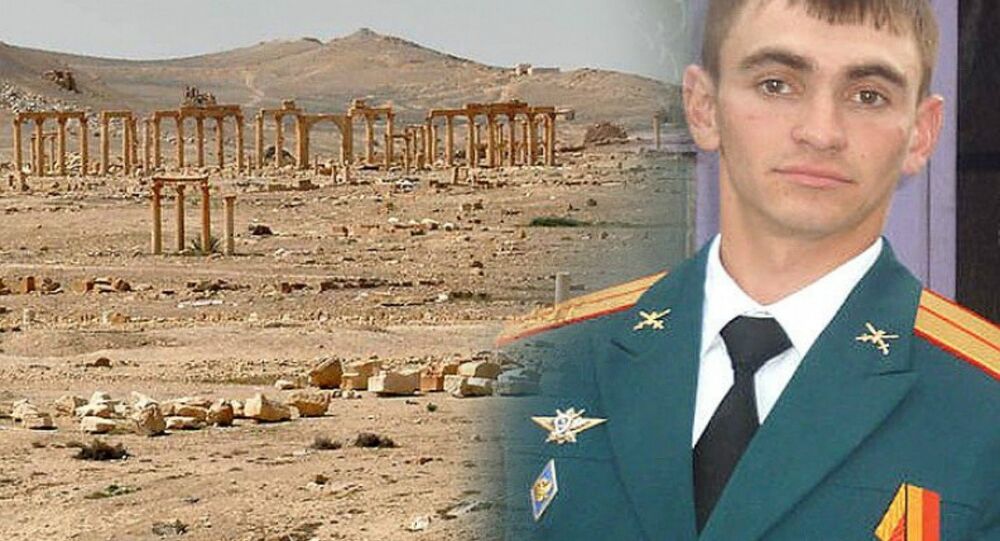 Authorities of the northern Italian town of Vagli Sotto on Sunday unveiled a memorial commemorating Russian 1st Lt. Alexander Prokhorenko, who in 2016 called an airstrike upon himself in Syria after being surrounded by Daesh terrorists, Mario Puglia, the town's mayor, told Sputnik.

According to a person attending the ceremony, over 100 people, including local officials and residents, as well as Russian diplomats participated in the event.

"A two-meter [6.5 feet] statue depicts Prokhorenko in a helmet and with an automatic rifle, peering at skies waiting for the aircraft that should conduct an airstrike hitting the position. We are also planning to create three small copies of the monument that will be handed by the staff of the Russian diplomatic mission to the ambassador in Rome, to Russian President [Vladimir Putin] and to Prokhorenko's family," Puglia said.

The politician said that Italy appreciated the Russian policy in the struggle against the Islamic State (IS, outlawed in Russia) terrorist group and would be happy to pay tribute to the memory of the hero, who had chosen not to surrender to terrorists, but to die instead of it.

"All the world should be proud of his deed," Puglia added.

Senior Lieutenant Alexander Prokhorenko, 25, was killed in March 2016 during the battle to recapture the ancient Syrian city Palmyra from Daesh terrorists. He was directing a military aircraft to the targets near Palmyra during the anti-terror operation in Syria. While performing a reconnaissance mission he became surrounded by the enemy and instead of surrendering called in an airstrike on his position, taking down a number of enemy fighters with him. He was posthumously awarded the title of Hero of Russia by the presidential decree for his courage and bravery in a combat duty. Prokhorenko’s body was sent back home and buried in the village of Gorodki in Russia’s Orenburg Region.