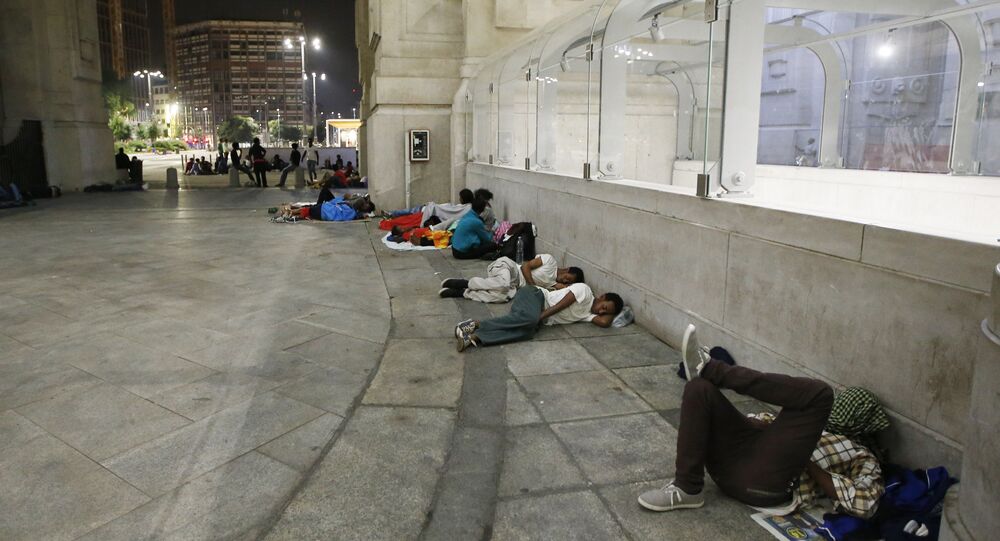 The EU member states should express solidarity with Italy and support its efforts aimed at tackling the ongoing migration crisis.

© AP Photo / Emilio Morenatti
EU States to Address Migrant Crisis by Own Means - MSF
MOSCOW (Sputnik) — The member states of the European Union should express solidarity with Italy and support its efforts aimed at tackling the ongoing crisis as the country faced an enormous flow of migrants, who arrive in the country by sea, Migrant Offshore Aid Station (MOAS), an international NGO for search and rescue in the Mediterranean Sea, told Sputnik.

"All EU member-states should show solidarity with Italy, which in recent years has assumed responsibility for the migration phenomenon that has been unfolding," the press service of the MOAS office in Malta said.

The NGO added that the situation at sea will not improve unless sustainable solutions to the crisis are found.

Italy remains the leader in a number of maritime arrivals, with 95,215 migrants reached its shores as of August 4 and over 2,300 people, who lost their lives in the Mediterranean Sea, according to the UN migration agency.

© AFP 2021 / ANDREAS SOLARO
Italian Authorities Attempting to Blame Influx of Migrants on NGOs - MSF French Mission
In order to tackle the crisis, the European Union introduced the mandatory scheme in 2015 to relocate some refugees, currently held in Italy and Greece, throughout the bloc with a specific quota for each EU member-state.

However, even though some countries, like Germany, complied with their commitments under the scheme, Hungary, Poland, the Czech Republic voiced strong criticism of the relocation and refused to accept migrants. In response, the European Commission sent "reasoned opinions," the second step in its infringement procedure, to the mentioned states for non-compliance with their legal obligations on relocation of migrants.

According to the EU commission, Budapest has not taken any action since the beginning of the relocation scheme, while Warsaw and Prague have not relocated anyone since December 2015 and August 2016, respectively.