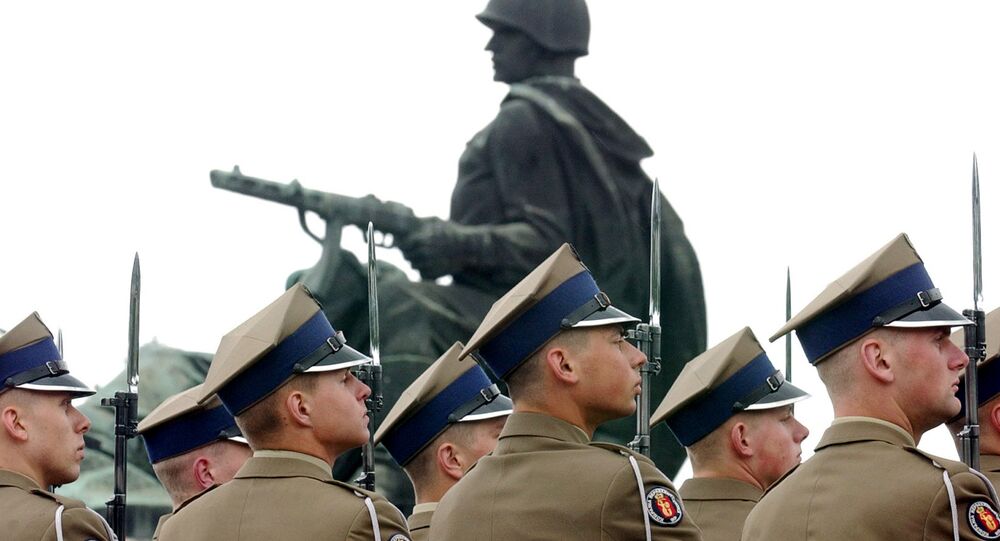 Warsaw is demanding compensation for damage incurred by the Nazis during World War II. However, political expert Vadim Volobuev believes that Poland's attempts won't lead to any significant consequences.

© AP Photo / Czarek Sokolowski
With or Without Merit? Poland Not Alone in Seeking Reparations for Nazi Actions
Earlier, Polish Defense Minister Antoni Macierewicz said that Germany was obliged to pay Poland military reparations for damage inflicted to the Poles during the Second World War.

"It's not true that the Polish state refused to get German military reparations. It was a Soviet colony called the Polish People's Republic, which refused to receive a part of the reparations from the then puppet named the German Democratic Republic," the minister said.

According to Macierewicz, the Poles have every reason to raise this issue again.

A senior researcher at the Institute of Slavic Studies at the Russian Academy of Sciences, Vadim Volobuev, believes that Warsaw's current statements are directed not only against Germany, but against the EU as a whole.

"The fact is that Poland now often quarrels with the EU; the latter even threatens Warsaw with sanctions. Germany, at least economically, is the leading country of the European Union; thus the Poles decided to remind the Germans of their sins in order to restrain them. It's clearly a moral blow to the European Union, a kind of a 'moral rope,'" Volobuev said in an interview with Radio Sputnik.

In his opinion, Germany is unlikely to leave Poland's statements unanswered. At the same time, one shouldn't expect any significant consequences or practical steps.

"For the Germans, it's quite a common issue. Recently, for example, the Greeks wanted to force Germany to pay reparations for the war, now the Poles. Of course, it is unlikely that the Germans will pay something to anyone, but there, of course, will be some reaction to this. It's a very painful issue for the Germans, they are still worried about their Nazi past, and every time they are reminded about that, they react quite nervously. Thus, we can expect some kind of response, but in general it does not seem to be very serious, so we shouldn't expect any significant steps," the analyst concluded.

© Sputnik / Valeriy Melnikov
US Historian Who Claimed Poland Killed More Jews Than the Nazis Faces Lawsuit
Germany invaded Poland on September 1, 1939, after the so-called Gleiwitz incident. The invasion urged France and the United Kingdom to declare war on Germany. It took Germany a bit more than a month to occupy Poland, which was liberated by Soviet troops in 1945.