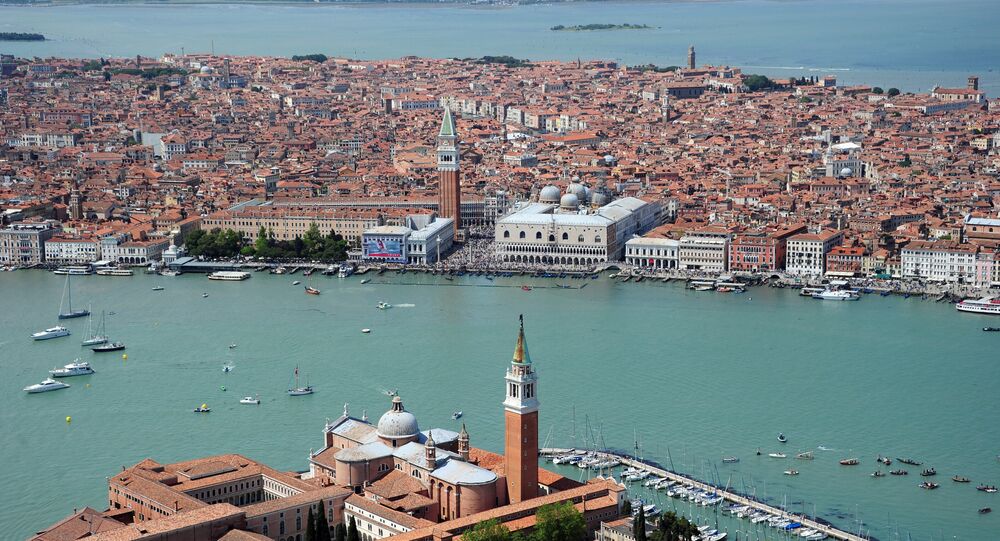 ROME (Sputnik) — The resolution authors expressed their concern with the negative impact of sanctions on the whole production system of Veneto and subsequent steep decline in exports. They stated their determination to use any politic and diplomatic means to dismantle the sanctions regime between the European Union and Russia.

"Trade and economic sanctions, imposed on Russia by the EU and the US, have dealt a serious blow to the Italian economy, which in 2013 ranked second among EU countries exporting goods to Russia. The export amounted to 10.8 billion euros [$12.6 billion] given that the trade turnover was 40 billion euros," the draft resolution submitted for the Veneto Regional Council's consideration said.

© CC BY 2.0 / Sarah-Rose / Italian flag
Beyond Sanctions: Italy's Economy Starves Without Russian Business
The resolution calls on the Italian government and parliament along with European institutions to revise the economic relations with Russia to lift the restrictions.

The consideration of the resolution in the Regional Council of Veneto will take place in the coming weeks, a source told Sputnik.

Many Italian regions, namely Liguria, Lombardy and Veneto called for lifting restrictive measures imposed on Russia. In July 2016, the Lombardy Regional Council supported a resolution, initiated by the Lega Nord party, for recognizing Crimea as a territory of Russia.