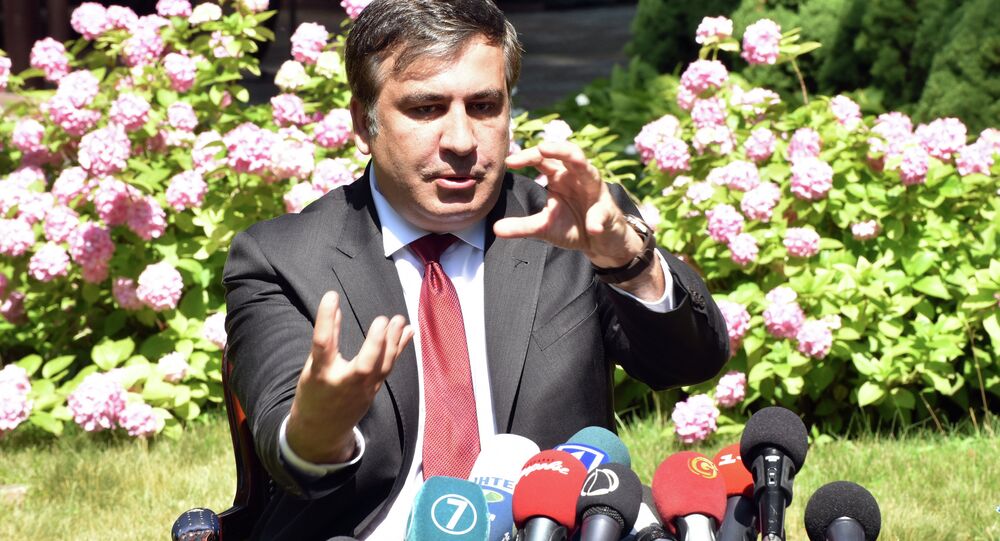 Sergey Guneev
Georgia Possibly to Seek Ex-President Saakashvili’s Extradition From US
MOSCOW (Sputnik) — Poland's Telewizja Republika broadcaster published a video with Saakashvili speaking at a celebration devoted to the 73rd anniversary of the Warsaw Uprising, the 63-day operation of the Polish resistance movement to liberate Warsaw from German occupation in 1944.

Polish lawmaker from the ruling party Malgorzata Gosiewska confirmed that Saakashvili was in Warsaw and that he attended the celebration on Thursday.

In late July, Ukrainian President Petro Poroshenko revoked Saakashvili's Ukrainian citizenship, when it was discovered that ex-governor of Odessa had violated Ukrainian law by providing incorrect information on his citizenship application. Saakashvili was in the United States at the time when Poroshenko made his decision.

In May 2015, Saakashvili was appointed governor of the Ukraine’s Odessa region on initiative of Poroshenko, and stripped of his Georgian citizenship upon receiving a Ukrainian passport. However, Saakashvili resigned in November 2016, stating that the Ukrainian authorities did not want to fight corruption.