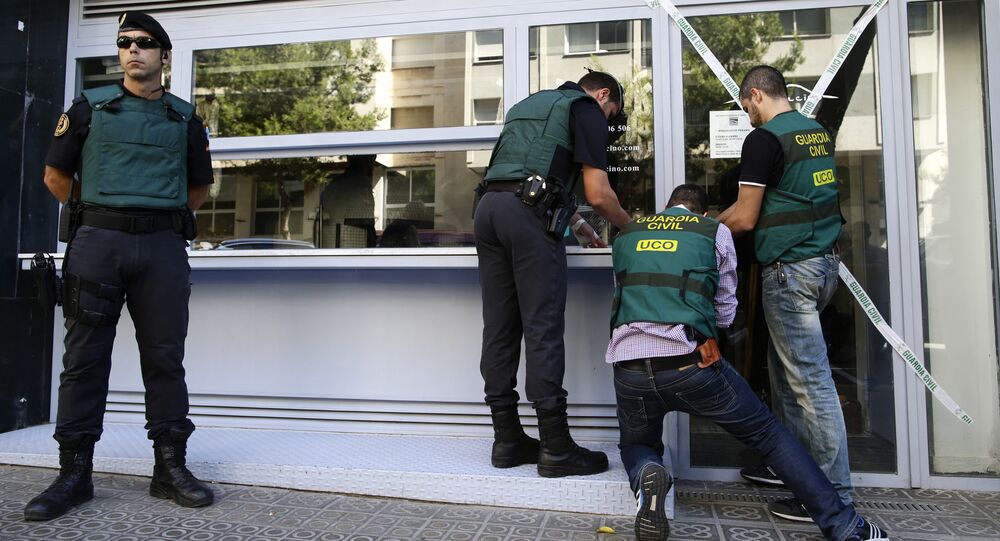 Police have made 101 arrests and claim to have smashed a people smuggling operation in which Iranians were flown into Britain. The group, operating out of Malaga, in southern Spain, charged 25,000 euros (US$30,000) for forged Spanish passports.

Among those who were given fake passports was a five-year-old boy.

The beginning of the end for the gang was when seven Iranians were caught carrying the same fake passports while trying to board a flight from Hamburg to London.

The alleged leader of the gang was arrested at Heathrow on Thursday (August 3) as he tried to flee to Brazil via Dubai.

Fourteen gang members were arrested in Malaga and 42 people were detained, accused of selling their Spanish passports for up to 3,000 euros (US$3,500) to the gang to enable them to be copied and counterfeited.

One line of investigation is understood to be whether the gang used a notorious passport forger, Iranian Hamid Reza Jafary, known as The Doctor, who was arrested in Thailand in 2016.

© AFP 2020 / Abdullah ELGAMOUDI
Migrants wait to be rescued from a sinking dingey off the Libyan coasal town of Zawiyah, east of the capital, on March 20, 2017, as they attempted to cross from the Mediterranean to Europe.

Every year thousands of migrants try to get into the European Union, many of them by crossing the Mediterranean on flimsy boats.

The operation was led by the Spanish National Police, supported by the UK's Immigration Enforcement agency, the Portuguese Immigration and Borders Service SEF, and Europol.

The gang supplied fake Spanish passports to Iranian nationals who would then fly into Spain and onto other destinations, including Britain.

Europol said the investigation began when the seven Iranians were detained at Hamburg with bogus Spanish passports.

It emerged that their tickets had all been booked through the same travel agency in Malaga.

Investigations in that city led to the discovery of the migrant smuggling network.

"The criminal group was perfectly structured and each member had a defined role, ranging from recruiting the irregular migrants in their country of origin, to facilitating the transfers, hosting them in safe houses in Spain, and supplying the travel documents," said Europol.

A Europol spokesman said it was believed the gang may have trafficked around 200 Iranians a year into the UK and other EU countries.

It is not clear how long they had been operating for or how the authorities will seek to track down those people who successfully made it into the EU before the network was discovered.

Last year two men were jailed in Britain for smuggling people across the English Channel for money.

Europe's Suffocating Crisis and the Smuggled Migrant in a Suitcase