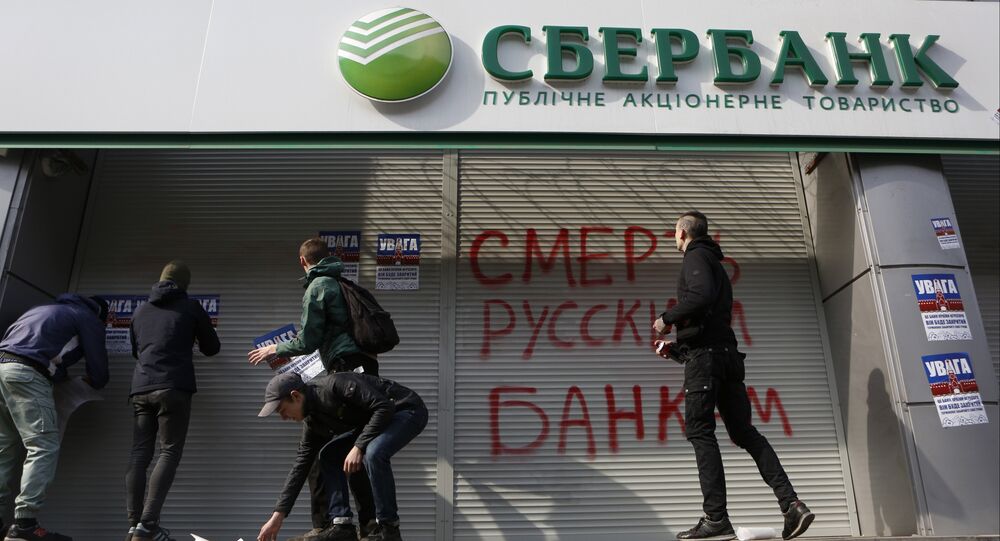 The Kremlin spokesman said that Russia would continue defending the interests of Russian businesses.

"It is private property, a property of a Russian legal entity. And we need to act based on how firm private property is in Ukraine right now. That’s a question to the Ukrainian authorities and probably to the country’s image in the world. The Russian side has always defended and will defend the interests of our businesses engaged in international activities. That is the responsibility of any country," Peskov told reporters, when asked about Moscow’s actions in case Kiev attempts to nationalize Sberbank’s entity.

In late July, the National Bank of Ukraine (NBU) refused to agree on purchasing Sberbank's Ukrainian subsidiary by the consortium of Said Gutseriev and Grigory Guselnikov, as well as purchasing shares of the Russian state development bank Vnesheconombank (VEB) by Ukrainian lawmaker Maxim Mykytas and Russian-based businessman Pavel Fux.

On Thursday, the VP Capital investment company, led by Belarusian businessman Viktor Prokopenya, decided to withdraw its application to the National Bank of Ukraine (NBU) on purchase of the Ukrainian subsidiary of Sberbank.