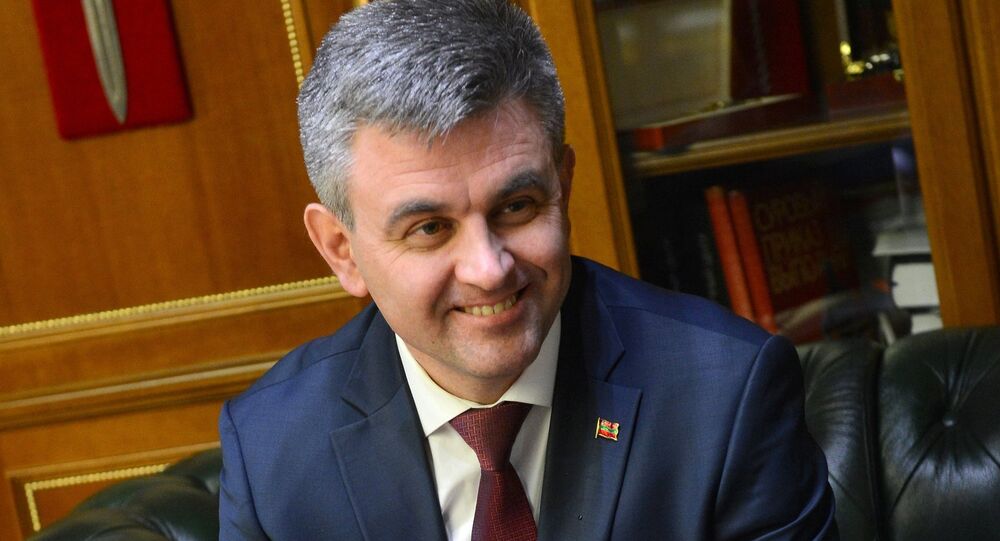 Transnistrian reconciliation talks have been put on ice due to Austria's position, the president of the breakaway republic said.

© Sputnik / Sergey Mamontov
Moldova Raises Tension by Making Rogozin Persona Non-Grata - Transnistria
MOSCOW (Sputnik) — Transnistrian reconciliation talks have been put on ice due to Austria's position as the chair of the Organization for Security and Cooperation in Europe (OSCE), the president of the breakaway republic, Vadim Krasnoselsky, said.

Transnistria's Foreign Minister Vitaly Ignatiev said in June that the current OSCE chairmanship had refused to convene urgent talks between Moldova and breakaway Transnistria, which also involve the OSCE, Russia and Ukraine, as well as the European Union and the United States as observer states.

"Why was this format frozen? I think it is due to the current position of the Austrian chairmanship at the OSCE," Krasnoselsky told the Rossiya 24 broadcaster on Thursday.

Krasnoselsky suggested earlier that the OSCE chairperson-in-office, Austria's Foreign Minister Sebastian Kurz, call an emergency meeting. He accused Moldova of failing to comply with bilateral peace agreements and claimed no one, except for Russia and Transnistria, seemed to be willing to hold talks in the 5+2 format. The latest round was held on June 2-3, 2016 in Berlin.

Transnistria, a region with a predominantly ethnically Russian and Ukrainian population, seceded from the Soviet Republic of Moldova in 1990, fearing a possible reunion with Romania. The separation led to an armed conflict that ended in a ceasefire in July 1992, although the issue is still unresolved.