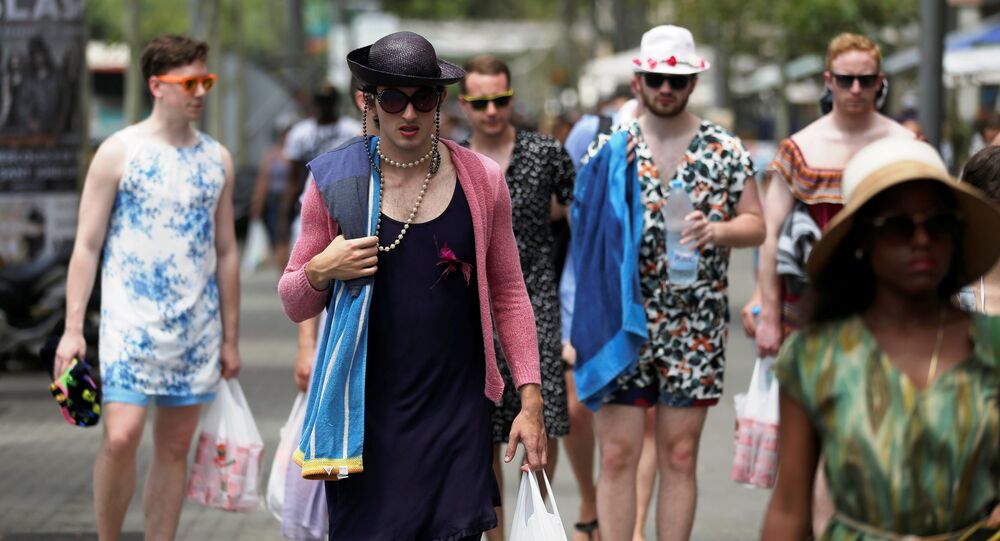 A bus carrying holidaymakers has been attacked in Barcelona in the latest incident by a group who are targeting the tourist industry. The latest attack was claimed by a group who say tourism is damaging the city and only benefits the wealthy.

Embarrassingly for the regional government which runs the province of Catalonia, Arran is the youth wing of the CUP party, a junior partner in the coalition.

Arran has around 500 members whose average age is 25 and it says it is resorting to acts of violence to stem the "tourist invasion" in the Spanish city.

"It is a response to the violence we face every day. The street must be allowed to speak; it's the only place where we can fight," said Laura Flores, an Arran spokeswoman.

"We have requested a report and we will denounce an attack on a tourist bus. Protesting for tourism can never happen never intimidating people or damaging facilities," said the city's Mayor, Ada Colau.

The group have been vandalizing bicycles used by tourists and spraying anti-tourist graffiti all over the city.

Ms. Colau, who rose to fame locally in 2009 as a spokeswoman for a group defending people who had been evicted after the financial crisis, was elected in 2015 on a radical left-wing platform.

In 2016, she was told by the Bank of Spain not to try and introduce a "social currency." But she has been blindsided by Arran's activities.

Hostility towards tourism is not a recent phenomenon in Barcelona.

The city, which is hugely popular as a destination for tourists from all over Europe has been a victim of its own success.

Since staging the Olympics in 1992, it has become the third most visited city in Europe, after Paris and London.

But the downside is that the boom in tourism is harming local people's chances of affording an apartment in the city.

More and more apartments are being rented out exclusively to tourists, often on Airbnb, and residents are increasingly fed up with crowds of tourists taking selfies in the city almost year-round.

"We don't want a city only for tourists. We don't want the city to become a cheap souvenir shop," said Ms. Colau, when she was elected in 2015.

She has brought in a moratorium on new hotel licenses and is trying to crack down on Airbnb lettings.

But it is not enough for Arran, who are threatening more attacks.

"Our politics is doing actions like attacking the bus, or the bicycles or this restaurant. We are very satisfied with the repercussions this has created, and this means we will carry out more actions like this," an Arran spokesman told an online newspaper.

The Popular Unity Candidacy (CUP) won 336,000 votes in the 2015 elections and won 10 seats in the Catalan parliament. It joined a coalition under Carles Puigdemont, who has been campaigning for Catalonia's independence.

In June, Mr. Puigdemont announced plans for Catalonia to hold a unilateral referendum on independence on October 1.

But the national government in Madrid insists it will not be binding and independence is illegal.

Some 50 People Injured As Result of Train Accident in Barcelona