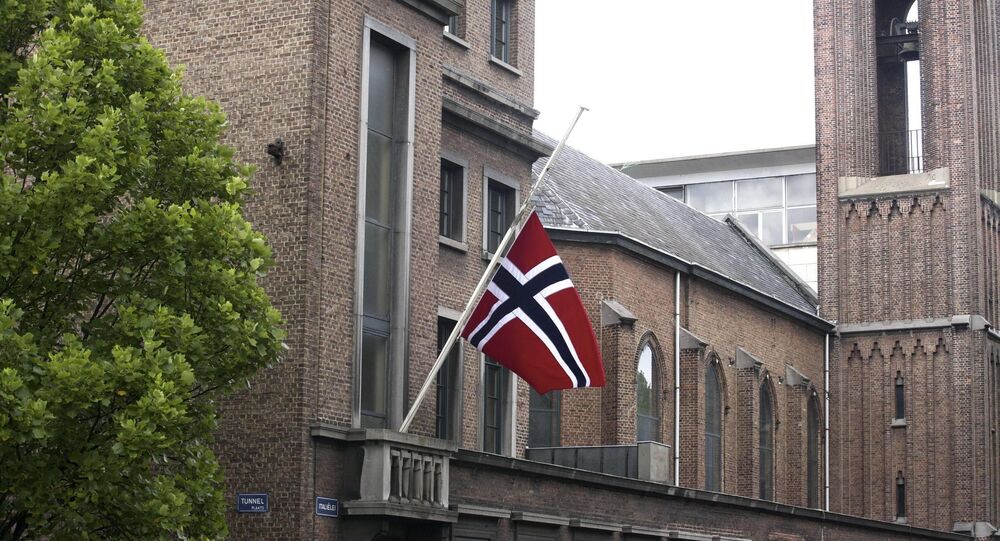 In Norway, the debate about the appropriateness of the anti-Russian sanctions has flared up again after calls to remove them because they're detrimental to Norwegian interests. This debate resulted in a clash between two former allies: the Progress Party and the Conservatives.

© Sputnik / Sergey Malgavko
Former Norwegian PM Tells West to 'Give Up' on Crimea, Drop Sanctions
Progress Party foreign policy spokesman Christian Tybring-Gjedde asked Norwegian Foreign Minister Børge Brende to work actively to remove the sanctions against Russia, which were introduced after Crimea's re-unification with Russia in 2014, which has since been portrayed as a Russian "annexation" by the Norwegian press.

According to Tybring-Gjedde, Norway should take a leading role in Europe to have the sanctions finally removed.

"We have to realize that Russia simply is not going to leave Crimea," Christian Tybring-Gjedde told the Norwegian daily Aftenposten. According to Tybring-Gjedde, the sanctions should be removed when Russia complies with the Minsk agreement that ensures stabilization in Eastern Ukraine.

By his own admission, Tybring-Gjedde decided to call on the Foreign Minister to step up the work to remove the EU sanctions against Russia when the US Senate had proposed its latest batch of punitive anti-Russian punitive measures, which were passed into law this week.

"The new US sanctions put restrictions on economic cooperation with Russia. This could have direct consequences for Norwegian companies' teamwork with Russian oil and gas companies," Tybring-Gjedde argued, adding that Norwegian ownership interests in Russia might also be compromised.

© AFP 2020 / Pierre-Henry DESHAYES
Northern Norwegians Laughing at Oslo's Fear of Russia
According to the Progress Party, Foreign Minister Børge Brende has to clarify to the US that the new sanctions have a serious impact on the business interests of Norway and other allies. The new sanctions threaten to create uncertainty in Norway's future as a predictable and reliable supplier of gas, Tybring-Gjedde argued, citing the risk of new pipelines not being built, to the detriment of the continent's energy security.

"And we must also make it clear to the Russians that Norway's interests in this case do not match those of the US," Tybring-Gjedde added.

Labor Party foreign policy spokeswoman Anniken Huitfeldt also stressed the importance of finding solutions to improve relations with Russia. Nevertheless, Norway should not strike out on its own, before the US-Russian relationship improves, she argued. Huitfeldt also criticized Tybring-Gjedde for casting doubt about Norway's position.

"Tybring-Gjedde is a government party representative and the deputy chairman of the Foreign Affairs Committee. His signals are read by other countries. This creates uncertainty about Norway's stance," Anniken Huitfeldt said.

Perhaps unsurprisingly, Foreign Minister Børge Brende categorically refused to take such an initiative, which, he argued, "went against Norway's policy." According to Brende, the sanctions will not be lifted until Russia "adhered to international law," "stopped destabilizing Donbass and supporting separatists" and "returned Crimea."

Previously, concern was voiced that the US was plotting, through these measures, to impose restrictions on the Russian energy companies' international cooperation and thus prioritize exports of US energy resources to Europe.

Although Norway is not an EU member, it has dutifully mirrored Brussels in the introduction of restrictive measures targeting Russia since 2014. Before that, the two countries enjoyed lively cooperation within the oil-and-gas industry, fisheries and Arctic development.