Now That's Commitment! Leave Voters Say Giving Up Job for Brexit Is 'Worth It'

A survey by YouGov has revealed that at least 39 percent of those who voted for Brexit in the UK are willing to sacrifice their job - or that of a family member - in order for Britain to leave the European Union.

Over a third of those who voted Leave, said personal job losses were a price worth paying for leaving the bloc, and this figure increased as the respondent's age went up. 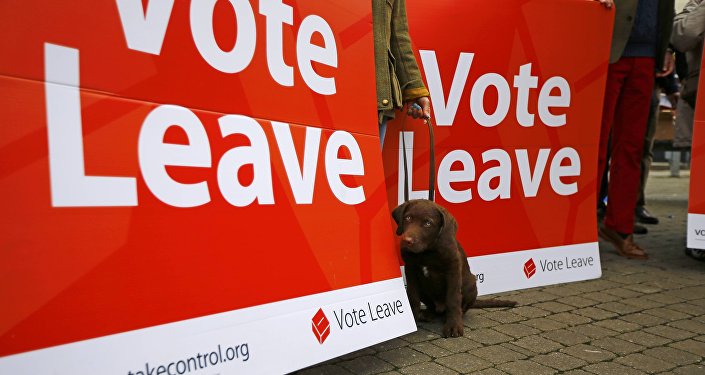 The younger the person surveyed the less they were willing to sacrifice, only 25 percent of leave voters aged between 18-24 said the price was worth paying, however this figure doubled for people aged 65 and above.

When questioned on the economy, and whether Brexit was worth paying the price for, at least 45 percent of young people said it was, and 71 percent of older people also agreed.

On average at least 61 percent of Leave voters said they believed Brexit was worth the cost, only one in five of those people surveyed said that it was too high a price to pay.

Brexit has divided a nation, however these results show that the Leave camp are firmly committed to the cause.

Finally, 1 in 5 Remain voters would like to see Brexit cause economic damage just to teach Leave voters a lesson https://t.co/14IqxkY5kN pic.twitter.com/CD2mlAWVY6

​Remainers have also stood firm, with a third saying they would back their stance in the face of economic pressure or disaster.

Only 38 percent of those questioned said it was too high.

Looking across the different parties, Conservatives were the most loyal to the cause, with 47 percent saying they would be happy to take a personal hit.

Only 23 percent of Labour voters said they would be willing to sacrifice their job and livelihood for Brexit.

Plus 18% of Remain voters say themselves/members of family losing their jobs a price worth paying to avert Brexit https://t.co/14IqxkY5kN pic.twitter.com/i7nEE5Lfny

​As Brexit negotiations continue, economists and experts have grown increasingly worried that job losses may in fact become a genuine reality.

However not everyone in the Leave camp felt the price was worth paying.

In June 2017, the director of the official Vote Leave campaign, Dominic Cummings, changed his tune, saying that the vote to leave the EU was a "dumb idea" and that Brexit was a huge mistake. Mr. Cummings said he regrets the fact that other alternatives to reform Britain's relationship with the EU were not considered before going down the Brexit route.

Over 60% of Brexit Advocates View Damage to Economy Reasonable Price