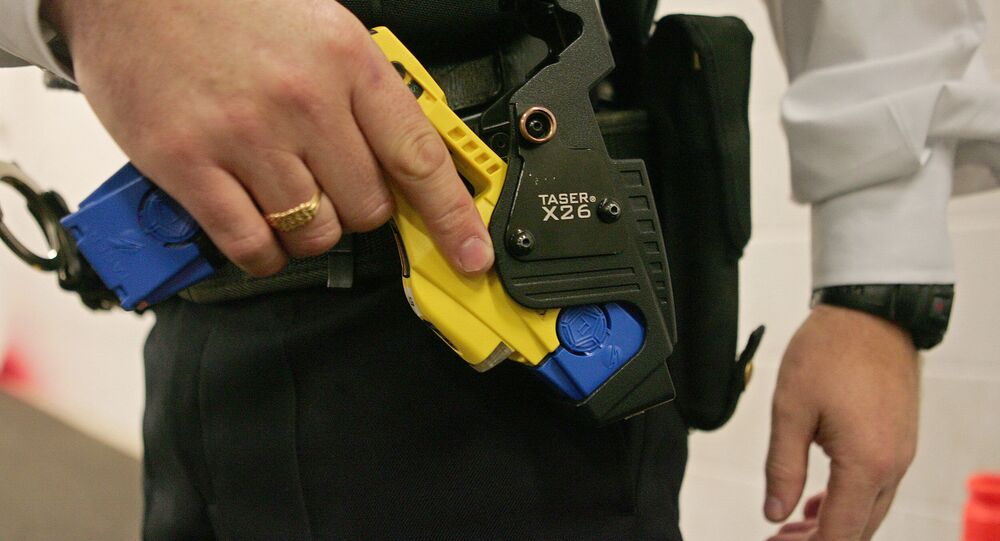 For the very first time the Metropolitan Police Service (MPS) have released figures on the use of force in Britain. This comes just two weeks after Rashan Charles was restrained by police and later died in custody. The Met hope this data will lead to "greater transparency."

The figures have been made public after the Home Office Annual Data Review (ADR) requirement requested the Met provide this information. The data is taken from April 1 up until the end of June 2017, and includes information on tactics used, such as taking hold of a person's arm or handcuffing someone else.

Met police releases figures on 'use of force' for the first time @metpoliceuk https://t.co/8lWi7j3PRz pic.twitter.com/m7A75vasJR

The data, which includes the borough, the role of the officer, as well as gender, ethnicity and age, also shows the times and locations of the incidents.

Around 12,605 incidents of force took place from April to June and they were carried out by individual officers.

© AP Photo / Markus Schreiber
'Radical Overhaul' Needed as Yet Another Black Man Dies in London Police Custody
When you look at ethnicity, 45 percent of people were white and 36 percent were black. 10 percent came from the Asian community and 14 percent were people who are believed to have mental health issues.

18,691 tactics or methods of force were used during the recorded time period. Officers may have used more than one in any given situation, however the data has counted them separately.

The recent death of Rashan Charles, a young man who died while in police custody, has led to many campaigners questioning how police restrain people.

Lee Jasper, a leading black civil rights campaigner spoke out against the restraint of Rashan Charles.

"What we saw in the video is the completely unauthorized use of neck holds. We saw people sitting on 'Rashman.' All of this has been the subject of endless coroners' enquiries into the death of black men in police custody, and has been consistently ruled out, Lee Jasper told Sputnik recently.

Handcuffing was the most reported tactic with 5,397, London custody suites have also started to use spit guards, to prevent a suspect spitting at you. This was recorded 25 times.

One force which was used was the Taser, a controversial weapon of choice, mainly due to the number of people who have died as a result of its use.

Speaking on the report, Commander Matt Twist said it is hoped the data will be a step in the right direction to help enhance a senior officer's ability to scrutinize the decisions officers take daily.

"[We want] it to help influence the way we train officers in use of force tactics, and to ensure we are giving them the right equipment," Commander Twist said in a recent interview.

"It will also ensure transparency to the public who will get a better idea of what officers face on a day-to-day basis. This data will be published on the Met's website periodically through the year with the agreement that each participating force will publish their data at least quarterly," Commander Twist added.