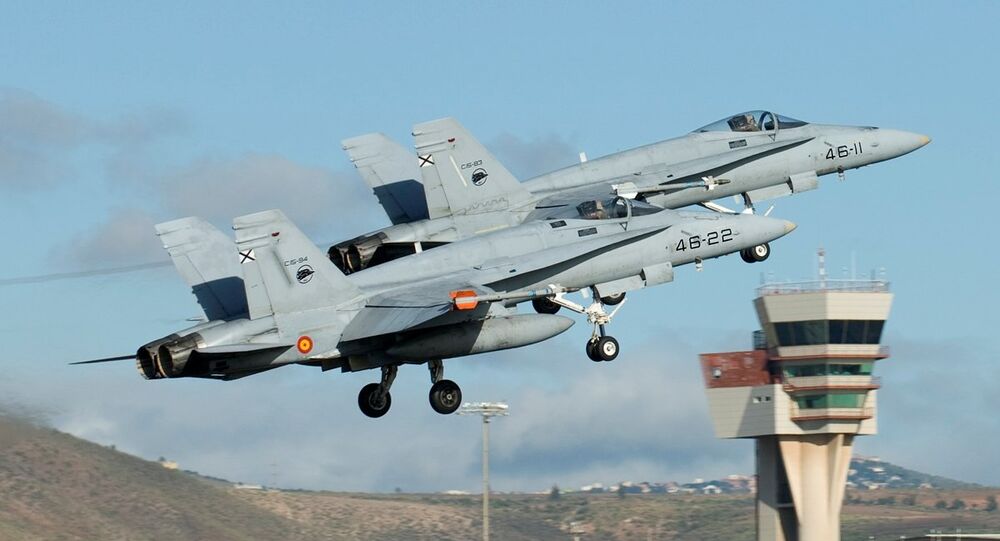 Russia's Defense Ministry has commented on an incident involving Russian and NATO planes over the neutral waters of the Baltic Sea on Tuesday; the latter had violated Finnish airspace to intercept Russian aircraft on a training mission.

A NATO spokesman admitted that the fighter jets briefly violated Finnish airspace as they escorted the Russian planes.

"NATO's Air Command has explained the incident to the Finnish Air Operations Centre to improve future coordination," he added.

Russia's Ministry of Defense confirmed the incident and said that its training flight had been carried out according to international aviation regulations, adding that the NATO jets had maintained a "safe distance."

"The flight of a group of Russian aircraft was carried out in strict accordance with international rules for the use of airspace, without violating the borders of other states," the Ministry stated.

"During the flight, a NATO F-18 fighter aircraft approached the group of Russian planes at a safe distance and accompanied it for about a minute, after which it changed course and headed towards the airspace of a Baltic state."

The case is the latest of several air incidents involving NATO and Russian planes, which have increased in number as a result of the growing presence of the US-led alliance forces near Russia’s western border since 2014.

On June 21, a NATO F-16 fighter tried to get close to Russian Defense Minister Sergei Shoigu's plane flying over neutral Baltic waters to Russia's Kaliningrad exclave and was chased away by a Russian jet.

In late June, the official newspaper of the Russian Defense Ministry "Krasnaya Zvezda" reported that from June 12-18 Russian jet fighters had conducted 14 intercepts of foreign reconnaissance planes near the Russian border.