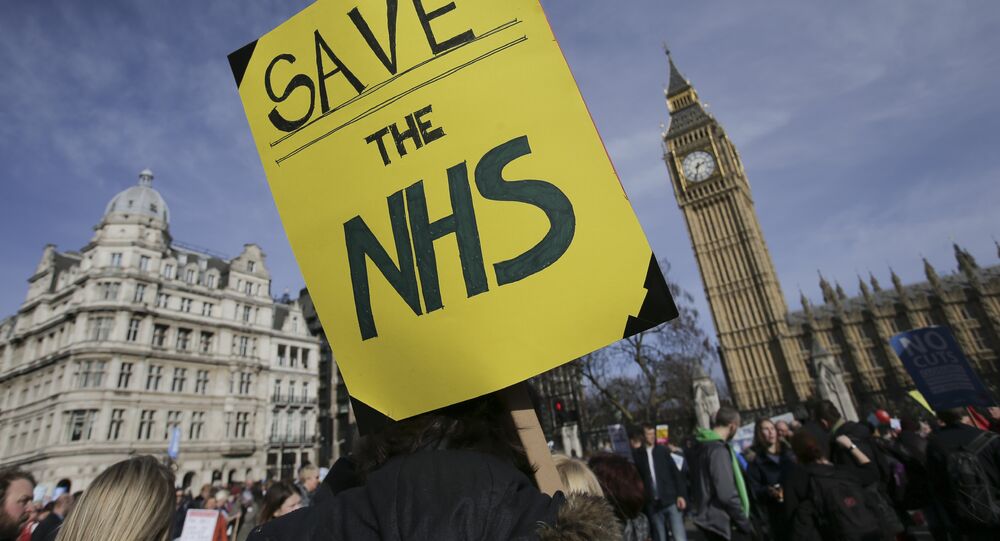 Sarah Carpenter, a national officer for health at the UK largest trade union Unite, stated that the UK National Health Service (NHS) will be harmed by Brexit.

© AFP 2021 / OLI SCARFF
Over 40% of UK Citizens Favor Transitional Deal With EU on Brexit - Poll
MOSCOW (Sputnik) — The suspension of the EU citizens free movement to the United Kingdom after the country's withdrawal from the bloc will harm the UK National Health Service (NHS) strongly dependent on the EU workers, Sarah Carpenter, a national officer for health at the UK largest trade union Unite, told Sputnik Tuesday.

"There are serious problems with the NHS already and unless we find some resolution (on freedom of movement) then all job sectors across the health service will be affected. EU workers make up around ten percent of NHS staff, so that is a big gap to fill if things go wrong. The government need to stop with this line that everything is going to be ok and take some responsibility," Carpenter said.

The NHS is already suffering from staffing shortages in multiple areas. According to a July 25 report by NHS Digital, the number of job vacancies for March 2017 had increased by over 4,000 in comparison with the statistics from last year.

© AFP 2021 / Daniel LEAL-OLIVAS
UK Doctors' Union Head Draws Attention to NHS Crisis Ahead of June Snap Election
Nursing is believed to be particularly affected, with NHS Digital maintaining that the rate of nursing job among all the listed vacancies rose from 16 to 38 percent in March 2017 in comparison with the same period last year.

Janet Davis, Chief Executive of the Royal College of Nursing called the report results a "double whammy of bad news for nursing." Davis pointed out that patient care would inevitable suffer as a result of the situation and urged the UK government to retain the experienced staff still working in the NHS.

On Monday, a spokesperson of UK Prime Minister Theresa May said that the EU citizens will no longer be able to freely move to the United Kingdom after March 2019. The date will mark two years since May had triggered Article 50 of the Lisbon Treaty outlining the United Kingdom’s exit from the European Union on March 29, 2017.

The Existential Threat to Free Healthcare Services Such as the NHS