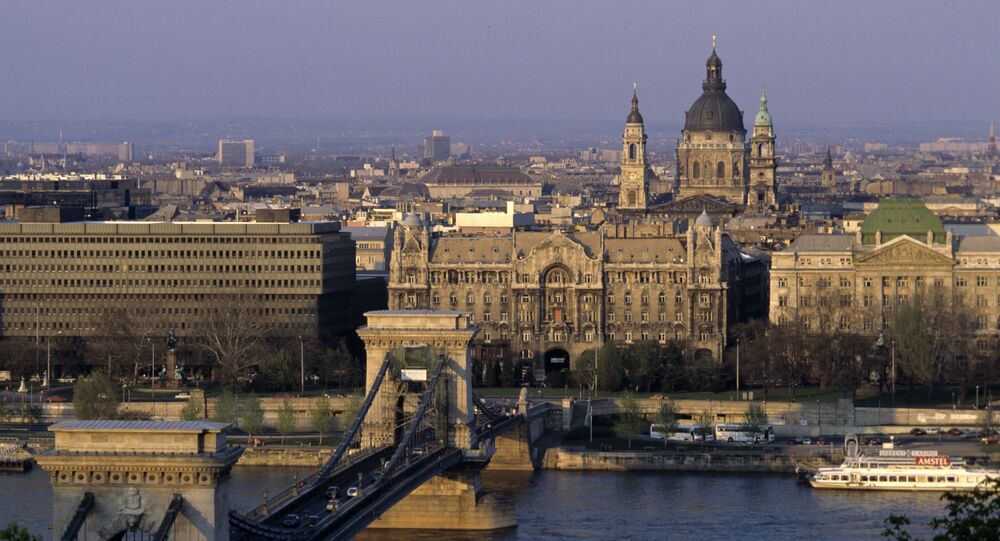 Hungarian Foreign Minister Peter Szijjarto has hit back at comments made by Austrian Chancellor Christian Kern in support of EU sanctions against Budapest and Warsaw.

© Photo : turkstream.info
Win-Win: Serbia, Hungary Keen to Start Construction on Turkish Stream Pipeline
Hungarian Foreign Minister Peter Szijjarto has reacted fiercely to criticism of Budapest from Austrian Chancellor Christian Kern, who told the media that he supported sanctions against Hungary and Poland for a perceived failure to abide by "European values."

The row began last week, when Kern told the German newspaper Frankfurt Allgemeine Zeitung that EU funding for Hungary and Poland should be cut if they refused to comply with EU rules on asylum seekers and EU criticism of constitutional changes carried out at the national level.

Kern's comments "placed him on the side of some left-liberal politicians who want to carry out the Soros Plan," Szijjarto retorted last week.

At the beginning of July, the Hungarian government has launched an advertising campaign which accuses Hungarian-born billionaire financier George Soros of supporting illegal migration to Europe.

This time, the Hungarian foreign minister responded to comments Kern made on Sunday to the Austrian newspaper Osterreich, regarding the activities of the Hungarian and Polish governments.

"Europe is also a community of values, and we cannot accept that these countries are breaking down democracy step by step, limiting freedom of the press and abolishing the division of powers," Kern declared.

Hungary does not consider interference in another country's internal affairs to be part of common European values, Szijjarto retorted, adding that "we reject this liberal arrogance."

"The mandatory migrant quota has failed throughout Europe. Hungary deserves recognition, not criticism, because it has always honestly, frankly and unequivocally stated that it rejects the resettling of illegal immigrants," Szijjarto told the national news agency MTI.

© AFP 2021 / JANEK SKARZYNSKI
European Commission Announces Start of Infringement Procedures Against Poland
Last month, the EU launched legal proceedings against the Czech Republic, Hungary and Poland for non-compliance with the EU's refugee quotas and has criticized aspects of government in Hungary and Poland.

"Recent developments in Hungary have led to a serious deterioration in the rule of law, democracy and fundamental rights which is testing the EU’s ability to defend its founding values," the parliament stated in May.

Last week, the EU Commission threatened Poland with sanctions over attempts by the ruling Law and Justice Party to implement judicial reforms that would reorganize the country's Supreme Court. Poland responded by calling the EU's threat to withdraw voting rights "blackmail."

"We do not agree to any blackmail by the EU officials, including blackmail which is not backed up by facts. All laws prepared by the Polish parliament are in correspondence with the Polish constitution and the basis of democracy," Polish government spokesman Rafal Bochenek told the PAP news agency.

Polish Protests: A New Solidarity or Another Soros Op?

A Polish Uprising: The Underlying Reasons