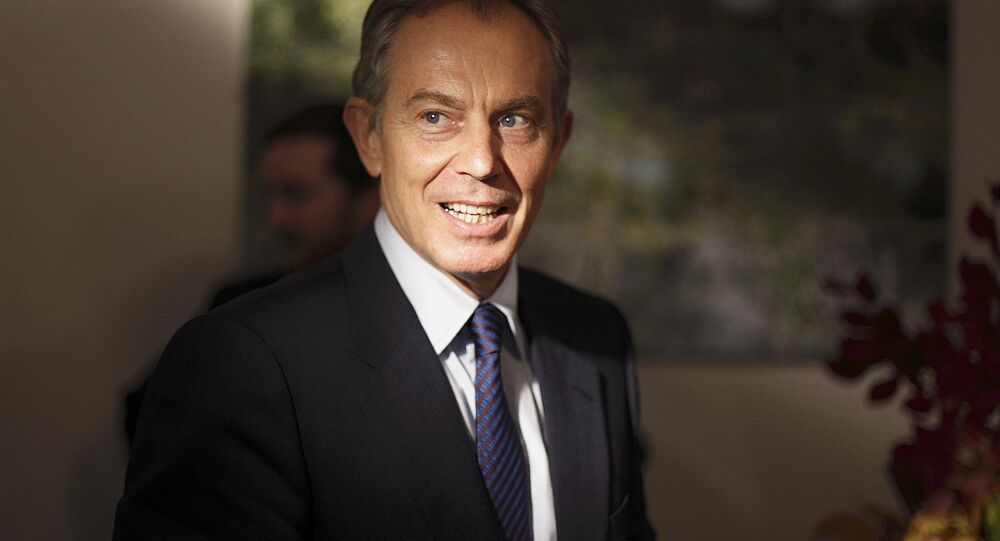 The Lord Chief Justice of England and Wales, Lord Thomas of Cwmgiedd, and High Court judge Sir Duncan Ouseley have dismissed a case that would have overturned the ruling which granted former UK Prime Minister Tony Blair immunity from criminal prosecution in connection with the Iraq War, the court said in a statement Monday.

The prosecution bid was put forward by General Abdul Wahed Shannan Al Rabbat, a former chief of staff of the Iraqi army, who had accused Tony Blair of committing a "crime of aggression" by invading Iraq in 2003 to oust Saddam Hussein, and has since called for the former prime minister, as well as former Foreign Secretary Jack Straw and Attorney General Lord Goldsmith to be prosecuted.

Britain invaded Iraq in 2003 as a member of a coalition led by the US. Then-US President George Bush and then-UK Prime Minister Tony Blair accused Iraqi leader Saddam Hussein of having weapons of mass destruction — however, these claims have never been proven.

© AP Photo / Giles Penfound, Army ho
Ex-UK Leader Blair Went 'Beyond Facts' Advocating for Iraq War - Chilcot
In 2016, the criminal prosecution of Blair was blocked by Westminster Magistrates Court district judge Michael Snow. It was launched on the basis of revelations made in an official report by Sir John Chilcot on the United Kingdom's role in the Iraq invasion in 2003.

The 2 million-word Chilcot Inquiry was released in July 2016 after six years of deliberations. In a report, it was revealed that the UK government under Blair's leadership made a mistake invading Iraq, as the decision to join the war was made on the basis of flawed intelligence data and assessments.

The war in Iraq cost London approximately £9.6 billion and is believed to be one of the reasons for the ongoing conflict in the Middle Eastern country with Daesh's participation.