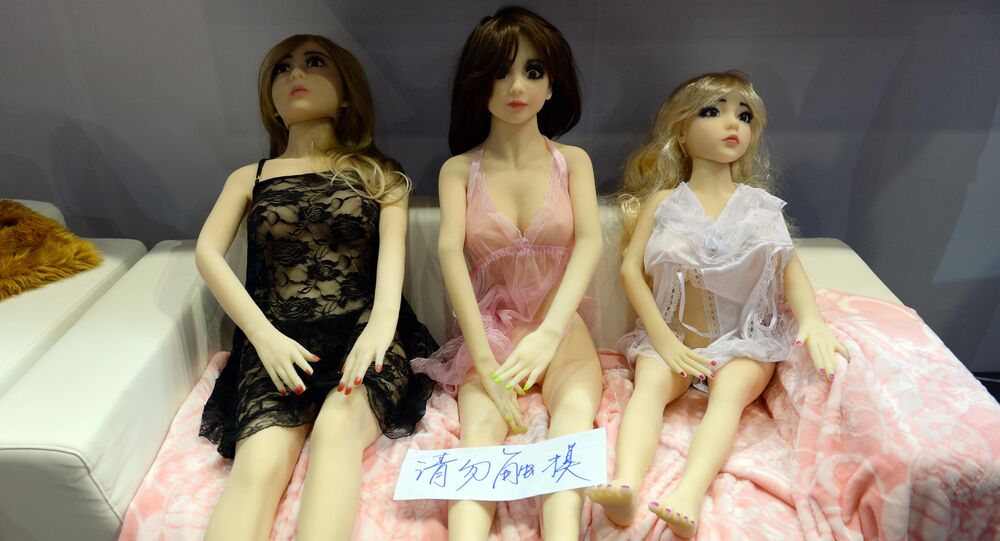 The National Crime Agency (NCA) has seized 123 child sex dolls which people were trying to import into Britain. A child abuse charity has called for a change in the law after an ultra-realistic child sex doll was ruled to be an "obscene" article in a landmark case.

Seven people have been prosecuted for trying to import the anatomically correct silicone dolls into Britain.

Judge has dismissed an attempt by David Turner's barrister to argue that the doll was not obscene or indecent.

In June, Andrew Dobson, 49, from Crewe, near Manchester, was jailed for two years and eight months, and put on the sex offenders' register for life after he admitted importing one of the dolls.

It was confiscated by the Border Force at East Midlands airport after arriving on a plane from Hong Kong.

One of the 123 child sex dolls which have been seized by the UK Border Force upon arrival from Hong Kong https://t.co/tCqI1Uk6uZ pic.twitter.com/GN5NvabKdM

But David Turner, 72, a primary school governor and church warden from Kent, denied the doll he admitted importing was obscene or indecent.

A child #sexdoll confiscated by the Border Force at East Midlands airport after arriving on a plane from Hong Kong https://t.co/tCqI1Uk6uZ pic.twitter.com/DPYmtiy5Y3

Although Turner pleaded guilty at Canterbury Crown Court to seven charges of possessing child abuse images, his lawyers sought to test the law when it came to the doll.

Turner had bought children's clothes for the doll, but he claimed he had bought it as a "companion" for him and his wife, who is believed to have been completely unaware of his pedophilic predilections.

Primary school governor and church warden David Turner has been convicted of importing a child sex doll into the UK https://t.co/tCqI1Uk6uZ pic.twitter.com/wtD8Ma4LME

Turner admitted he had had sex with a similar doll.

On Monday, July 31, a judge ruled the doll was an obscene article.

David Turner argued sex doll was to be a 'companion'. The doll looks like a child & weighs like one & has anatomical features of a girl

​But a loophole in the law means that although it is now a crime to import them, there is no legislation making their possession itself a crime. So if someone is able to smuggle one into the country they are safe from prosecution.

Hazel Stewart, a specialist advice and operations manager from the NCA's CEOP command, said the UK's laws needed to be changed to take into account advances in technology.

She said possession of the realistic child-like dolls needed to be made an offense, but the legislation should also include articles which would no doubt soon become a reality.

"The next stage is child sex robots and that is just round the corner. They will be able to program them with artificial intelligence and fake emotions and that is the next thing. Where does that take us?" she told Sputnik.

The child sex dolls, which are manufactured in Hong Kong, China or Japan, have been cropping up all over the world.

Earlier this year, the Sexpo foundation, in Finland, defended the dolls and said they should be welcomed as an alternative to pedophiles assaulting real children.

But Ms. Stewart, an expert on child abusers, said this argument did not hold water.

​"They are using these dolls, and when they get the opportunity will they snatch a child and have sex with them?" she told Sputnik.

At a special briefing on Friday (July 28), crime reporters were given the opportunity to examine the dolls at close quarters.

The importation of child sex dolls into Britain has horrified the NSPCC, a charity which seeks to prevent child abuse.

"There is no evidence to support the idea that the use of so-called child sex dolls helps potential abusers from committing contact offenses against real children," said Jon Brown, the NSPCC Head of Development.

"In fact there is a risk that those using these child sex dolls or realistic props could become desensitized, and their behavior becomes normalized to them, so that they go on to harm children themselves, as is often the case with those who view indecent images," he added.

"The NSPCC is calling on the government to take action to criminalize the manufacturing, distribution and possession of these grotesque dolls, in the same way it does indecent images of children," said Mr. Brown.