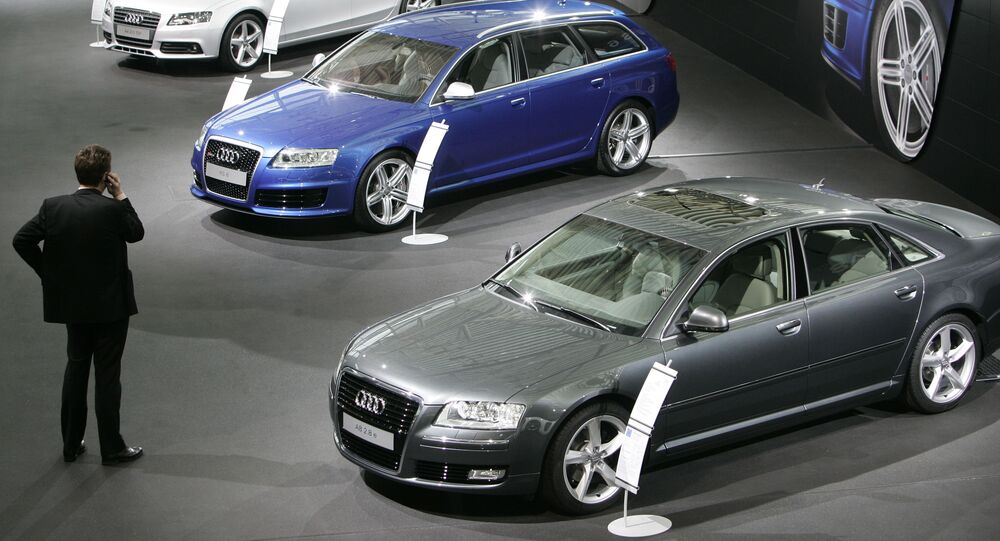 More than half of Germans distrust domestic carmakers, according to a new poll of consumers in Germany.

© Photo : Jim Watson
Audi Ad Comparing Women to Used Cars Hits the Skids on Social Media
German cars are renowned across the world, but consumers at home are less enamored with domestically-produced cars, according to a survey carried out last week for the German newspaper Bild am Sonntag.

The poll was conducted in light of a string of emissions scandals to hit several German carmakers, who were found to have installed software that was used to cheat on emissions tests.

Three-quarters of respondents said they wanted politicians to come down harder on car manufacturers that break the law. They were also asked for their views on electric cars: 71 percent said they were opposed to the government imposing a date from which only electric cars could be sold in Germany and 24 percent were in favor of such a measure.

The emissions scandal first emerged in 2015 when the US Environmental Protection Agency detected that many Volkswagen cars being sold in America had been fitted with a "defeat device" which allowed the cars to detect when they were being tested and reduce emissions accordingly.

© REUTERS / Tatyana Makeyeva
Daimler Localizes Production in Russia With New $280Mln Mercedes-Benz Plant
As a result, Volkswagen cars emitted up to 40 times more nitrogen oxide pollutants than was allowed under US law. The car company later admitted thousands of cars sold in Europe were also fitted with the software, and committed to paying $23 billion in costs and damages.

Audi and Porsche, which are also part of the Volkswagen Group, were also found to have fitted cars with the technology. In June, the German Transport Ministry accused Audi of cheating on emissions testing of its top-end models and ordered Volkswagen to recall approximately 24,000 A7 and A8 models built between 2009 and 2013, around half of which were sold in Germany.

On Thursday, the Transport Ministry ordered Porsche to recall 22,000 3-litre Cayenne models, around 7,500 of which are registered in Germany.

On Friday, German news website Der Spiegel reported that BMW and Mercedes manufacturer Daimler were also involved in the scandal. Its report alleged that since the 1990s, the carmakers colluded in a cartel, discussing all aspects of the business including AdBlue technology that is used to reduce diesel emissions.

Responding to the report, BMW dismissed the allegations. The carmaker told Der Spiegel, "In the view of BMW group, discussions with other manufacturers about AdBlue containers were aimed at the necessary development of a refueling infrastructure in Europe."