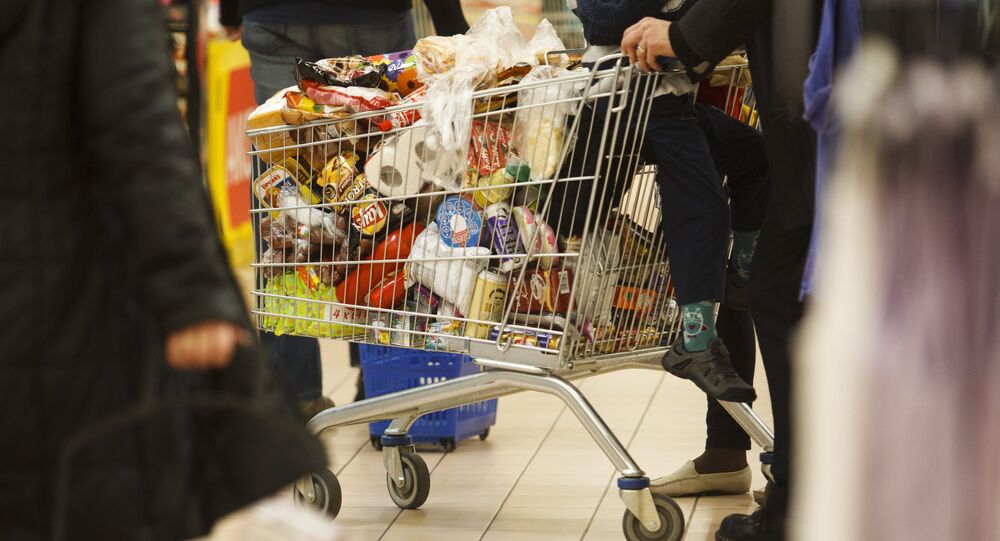 Slovakia, Hungary, the Czech Republic, Poland and Bulgaria accused Brussels of "food apartheid" after state-supported studies in these countries revealed that the same food products that are sold in Western European and Eastern European countries greatly differ in terms of quality.

© Flickr / Eric Fischer
EU's 'Two Speed Integration' Threatens to Leave Eastern Europe Out in the Cold
Earlier this year, inspectors of the State Service of Veterinary and Food Control of Slovakia checked about 20 different types of goods in food chain stores in Bratislava and some Austrian cities, including sausages, cheeses, dairy products, chocolate, bread and drinks.

The study revealed that there were differences with at least half of these products, which in Slovakia were of inferior quality as compared to the same products sold in Austria.

The studies, which were conducted in Bulgaria and Hungary, also confirmed the fact that Western food giants prefer to use cheaper ingredients in their products supplied to Eastern European countries.

EU head, Juncker vows to stamp out 'Food Apartheid' in Europe. If practise is true this is a scandal https://t.co/qMi5rWXhlS

"I was confused when I read this report. I think this is the biggest scandal of the last time," Janos Lazar, head of the administration of the Hungarian Prime Minister Victor Orban, said.

In this vein, Czech Agriculture Minister Marian Jurecka, for his part, earlier said that "with some products, we are in fact Europe's garbage can."

In response to the Czech government's claims, the food companies said that they only "satisfy local tastes" when "they use different recipes."

"I do not think that Czechs and Austrians have such different tastes: we were part of the Austro-Hungarian Empire, and if you look at our menu, you will understand that we have the same tastes," Marian Yurecka said.

Retailers themselves are much more frank, with Matt Simister, spokesman for Tesco supermarket chain stating, "We supply first-class products to the UK, while the second-class ones – to Eastern Europe."

In an interview with Sputnik, ex-Prime Minister of Slovakia Jan Czarnogursky said that on the other hand, the second-grade products are being aggressively advertised.

"The poorer-quality goods are better advertised which is why people do not pay attention to what these products specifically include. It turns out that the worst products bring more money, and people only now understood what they are buying," Czarnogursky said.

The issue of Brussels' double standards was on the table of a special summit of the Prime Ministers of the Visegrad Four, which groups Poland, the Czech Republic, Slovakia and Hungary.

They appealed to the European Commission to consider the issue of the different quality of the same food products sold in the western and eastern EU countries.

In Eastern European countries many are downbeat about Juncker managing to deliver on his promise given that according to the current EU rules, the companies have a legal right to change the composition of products depending on what country these products will be delivered to.

In this regard, Miklas said that "the countries of the Visegrad Four are to blame for the current situation because they have turned a blind eye to it for many years without trying to somehow resist it, something that in a broader context only confirms the 'colonial' status of new EU member states."

Why Eastern Europe is Forced to Purchase Obsolete US Weapons