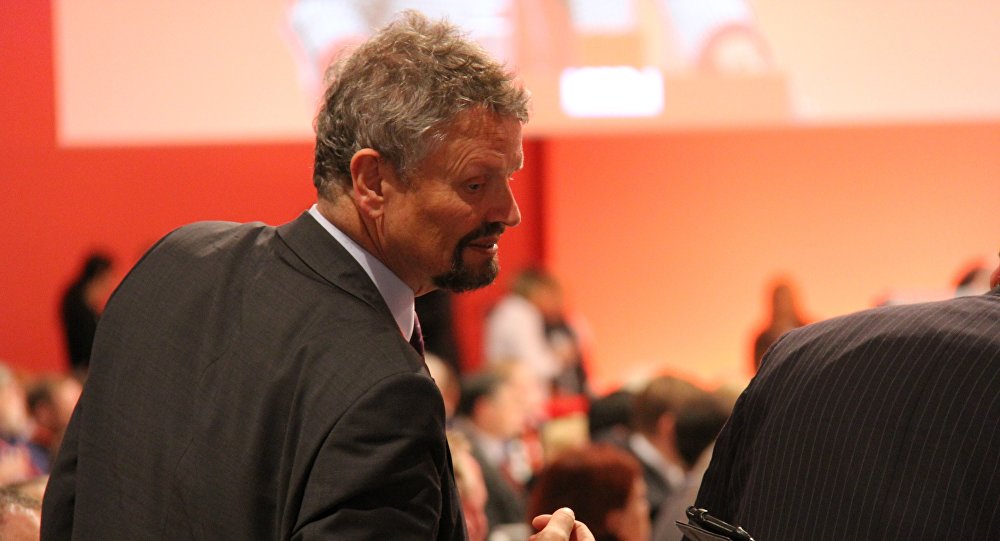 © Sputnik / Grigoriy Sisoev
EU Business Interests, Energy Security 'Directly Hit' by New US Anti-Russia Sanctions
BERLIN (Sputnik) — On Tuesday, the US House of Representatives approved a bill reinforcing sanctions against Russia, Iran and North Korea in an overwhelming 419-3 vote. This was done without prior consultations with the European Union. If signed by President Donald Trump, the new sanctions bill may impose penalties on European companies involved in the construction or operation of the Nord Stream 2 pipeline.

"Abandonment of the Nord Stream 2 project is spelled out in the text of the bill, but in fact, any project in the EU-Russian cooperation in the field of the energy security… may be subjected to sanctions, including pipelines' repair works, on which the EU energy security depends," Erler told the Neue Osnabrücker Zeitung newspaper.

Erler noted that Washington's initiative to protect its own labor market had "nothing to do with the sanctions regime based on the shared values with its partners."

Nord Stream 2 is a major pipeline project aimed at increasing the capacity of the already functioning Nord Stream, which exports Russian natural gas through the Baltic Sea to many European consumers.

Third Parties Must Not Interfere in EU-Russia Energy Cooperation - Wintershall