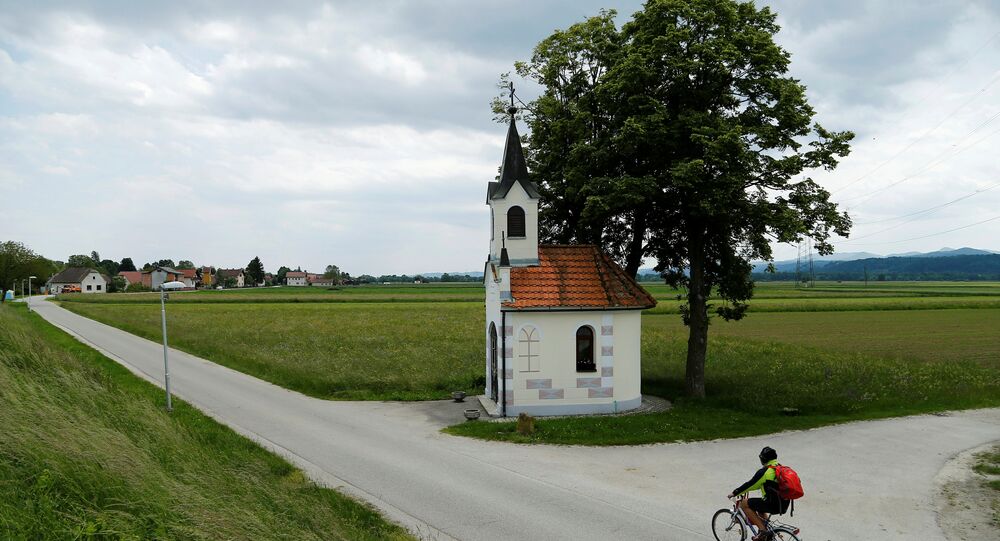 The new package of sanctions that the United States is preparing to impose against Russia can impact Slovenian companies, Slovenian Business and Research Association (SBRA) President Dr. Drasko Veselinovic told Sputnik on Thursday.

© Sputnik / Sergey Pyatakov
Slovenia Views Relations With Russia as Positive Despite EU Sanctions - FM
MOSCOW (Sputnik) — On Tuesday, the US House of Representatives approved a new version of a sanctions bill on Russia, Iran and North Korea, limiting President Donald Trump’s ability to lift the restrictions on Moscow. The measures target Russia's defense, intelligence, mining, shipping and railway industries, and restrict dealings with Russian banks and energy companies. The bill has yet to clear the Senate and approved by Trump.

“Whatever US does effects EU and even broader Europe a lot. In the past such US actions were pretty well coordinated with EU, nowadays we have different agenda. I think times are coming when Europe and especially EU within it will have to think more by itself and take more care of itself, what German Chancellor [Angela] Merkel already said not so long ago. Sanctions can effect also Slovenia which companies, institutes and local communities we represent in Brussels. Especially, business-wise sanctions can consequently have effect on some companies,” Dr. Veselinovic said.

A number of EU officials, including German Minister for Economics and Energy Brigitte Zypries and Austrian Chancellor Christian Kern, have already criticized US actions as contradictory to economic and financial interests of the European Union.

On May 28, Following the G7 summit in Italy held in late May, which was the first G7 summit attended by Trump, Merkel said that Europe could no longer rely on others and has to take its destiny in its own hands.

Russia to Carry Out Observation Flights Over Croatia, Slovenia