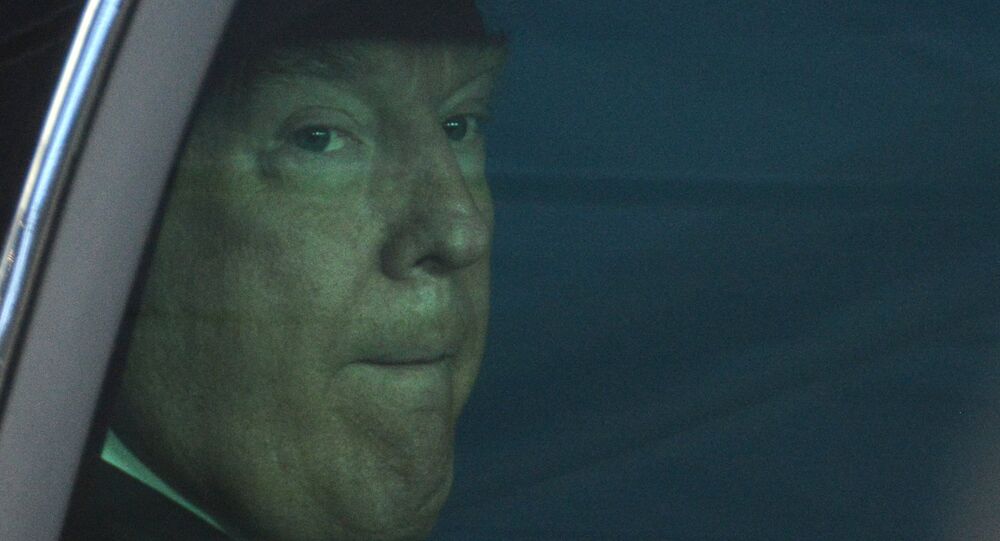 Does Europe Have Enough Political Will to Stand Up to US Sanctions?

The French government believes that the extraterritorial nature of the new US legislation on anti-Russian sanctions flies in the face of international law, and plans to discuss the issue with the European Commission and its EU partners, a Foreign Ministry spokeswoman told reporters in Paris.

In an interview with Sputnik France, Renaud Bouchard, an economist at the School of Higher Social Studies (EHESS), described extraterritoriality as the “rule of the gun.” He doesn’t believe the EU will be able to give a unified response and named Germany the only country capable of a real response.

© Sputnik / Vladimir Sergeev
New Anti-Russia Sanctions Likely to Spark EU Clashes With US
“All Brussels wants is at least minimal legal guarantees from the US to protect European companies. The Republican majority leader in Congress, M. Kevin McCarthy, told a visiting EU delegation that our European allies’ access to major energy resources outside Russia will not be subject to any serious sanctions,” Renaud Bouchard said.

He added that the only thing that is worth any attention are hints by two unnamed MPs that the EU could respond in kind and that the European Union, which is an economic superpower, could also apply the principle of extraterritoriality.

“It is the rule of the gun we are talking about. What is ours is ours and what is yours – is a matter for discussion.”

In an interview with Sputnik, political scientist and deputy director of the Institute of Modern Ideology in Moscow, Igor Shatrov said that in this case the Europeans are copying exactly what the US is doing.

“It is the Americans who started this tradition of settling disputes, and the EU is following this logic even though it is itself threatened by US sanctions used lobby the interests of US gas companies and phase out Russia of the European energy market,” Shatrov said.

When asked whether he believes that Europe has enough political will to stand up to the US sanctions, Renaud Bouchard said that Germany is staking much on the construction of the Nord Stream 2 gas pipeline and is unlikely to bend under US pressure.

“By defending their own interests and those of other European companies engaged in the construction of [Nord Stream 2] the Germans would do Europe a big favor,” he added.

“Europe has close business ties with US companies, including oil majors, which are equally unhappy about the idea of slapping Russia with new sanctions and demand that the bill be amended,” he noted.

Meanwhile, the European Commission said it was ready to respond if the US expands its sanctions against Russia disregarding the EU’s concerns.

EU President Jean-Claude Juncker said the bloc would act "within days" if it does not receive reassurances on the potential impact of new sanctions on European interests.

© AP Photo / Gero Breloer
US Anti-Russia Sanctions Bill's Text 'Significantly Improved' After Talks With Germany, EU - Berlin
In Moscow, political analyst Alexei Mukhin told Sputnik that the authors of the US bill imposing new sanctions against Russia made a mistake when they decided to ignore the Europeans’ concerns.

“The Nord Stream 2 project will be the first to suffer as a result of these sanctions, just like all other joint Russian-European projects. Hence Mr. Juncker’s opinion that the EU is a territory where these sanctions are not applied,” Mukhin said.

“The sanctions against Russia are not well thought out because their authors missed out on the possibility of EU protests and its attempts to get back to the traditional sovereign way of doing business,” he added.

On Tuesday, the US House of Representatives overwhelmingly approved a new batch of sanctions against Russia.

The US lawmakers voted 419-3 to approve legislation seeking to punish Russia over a host of issues, including its alleged meddling in the 2016 presidential election, its support for the Syrian government and alleged support for independence supporters in Ukraine, as well as Crimea’s reunification with Russia.

New Anti-Russia Sanctions Likely to Spark EU Clashes With US