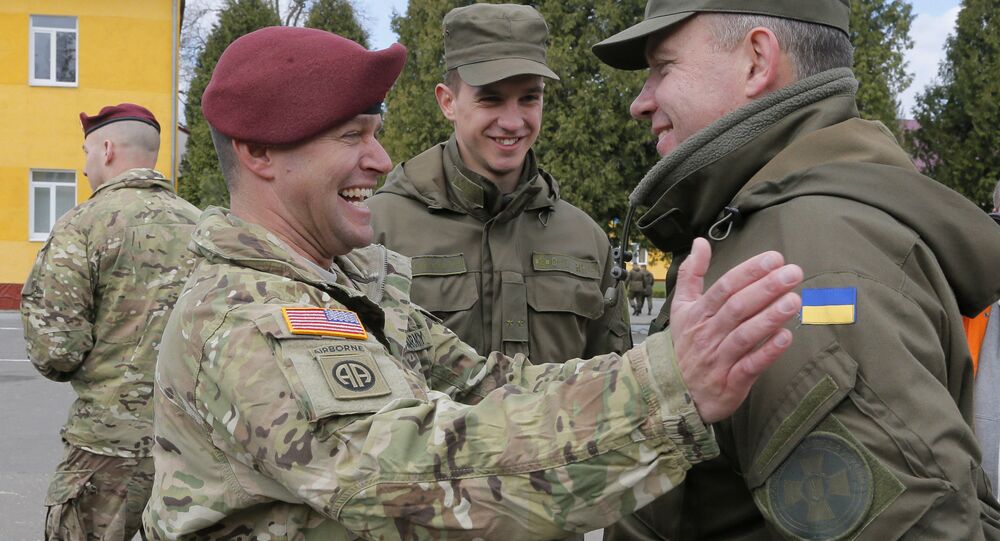 Washington Considering Arming Ukraine, But Does Not Think It's 'Provocative'

US President Donald Trump's new representative for the Ukraine, Kurt Volker, says Washington is considering giving arms to Kiev. In an astonishingly naive interview, he said he did not believe arming the Ukrainians would be a provocative gesture.

"Defensive weapons, ones that would allow Ukraine to defend itself, and to take out tanks for example, would actually help," Mr. Volker said in an interview with the BBC.

"I'm not again predicting where we go on this, that's a matter for further discussion and decision, but I think that argument that it would be provocative to Russia or emboldening of Ukraine is just getting it backwards," Mr. Volker added.

.@statedeptspox: US condemns latest violence in eastern #Ukraine and calls on #Russia to observe the ceasefire. pic.twitter.com/6loL3Lqeeq

Russia has warned Washington against providing lethal weapons to Kiev.

Kremlin spokesman Dmitry Peskov said an arms deal between Kiev and Washington was an "exclusively internal matter" between those countries.

"[But I hope] they would not forget that Ukraine is the country where a civil war is ongoing," Mr. Peskov said.

Earlier in July, Ukraine's defense minister Stepan Poltorak said Kiev is waiting for Washington to greenlight the transfer of lethal arms, as proposed by the US Senate Armed Services Committee in June.

But a US State Department official told the RIA Novosti news agency no final decision had been taken.

Mr. Volker was in Kiev on Monday, July 24, and visited the town of Kramatorsk, near the frontline.

He was briefed by senior Ukrainian commanders, including Lieutenant-General Alexander Lotoka, the commander of the so-called "Antiterrorist Operation" in the Donetsk and Lugansk regions.

Playing to his audience, Volker described the militia-controlled Donbass territories as "occupied," and praised efforts of the Ukrainian military, which he said had done "a great job in strengthening its capabilities [and] defending the country."

"This is not a frozen conflict, this is a hot war, and it's an immediate crisis that we all need to address as quickly as possible," said Mr. Volker, who was only appointed as the US representative to the Ukraine on July 7.

On Tuesday, July 25, he traveled to Paris to discuss the situation in eastern Ukraine with French and German officials.

Earlier in the day, German Chancellor Angela Merkel and French President Emmanuel Macron said the Normandy Four — Russia, Germany, France and the Ukraine — urged all parties to stop violating the ceasefire in the Donbass.

The war in the Ukraine broke out in the spring of 2014 when ethnic Russians in the Crimea and Donbass region of south-east Ukraine rejected the new ultra-nationalist Ukrainian government after Viktor Yanukovych was ousted four years after being elected president.

They formed the Donetsk People's Republic, but last week it declared the establishment of a new country — Malorossiya ("Little Russia") — which the local leadership described as a successor state to Ukraine.

But Mr. Peskov said Malorossiya was just the "personal initiative" of the Donetsk People's Republic leader Alexander Zakharchenko, and Moscow remained committed to the Minsk accords.

Around 10,000 people have been killed in the conflict and more than a million people have fled the area. Both sides have blamed each other for breaching a ceasefire which was agreed in 2015.