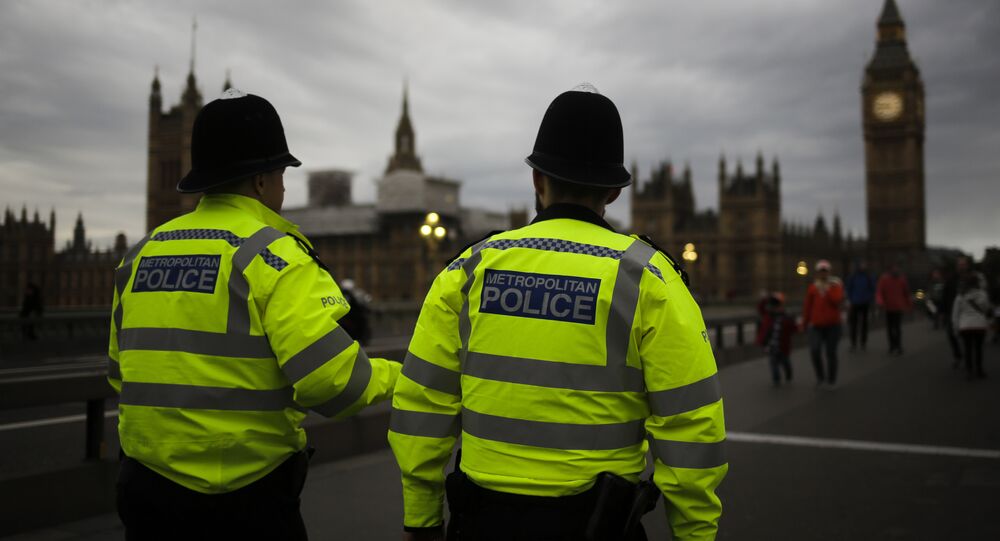 The Metropolitan Police Service (MPS) in London is facing fresh investigations over the treatment of Rashan Jermaine Charles, also known as "Rashman," a young black man who died in custody.

The Independent Police Complaints Commission (IPCC) confirmed in a statement that at around 1.45am on Saturday, 22 July, officers requested a car, traveling in the London Borough of Hackney, to stop, and that a man was later taken to hospital after he became "unwell."

Video footage shows Mr. Charles walking into a shop. He is quickly followed by a police officer who pulls Mr. Charles' hands behind his back.

The officer then pushes the young man to the floor, as a plain clothes officer also rushes into the shop and starts to pin Mr. Charles down.

The video footage lasts for 3 minutes and 53 seconds, and by the end, it appears that Mr. Charles has stopped breathing.

Information analyzed by Inquest, a charity providing free expertise on state-related deaths, states that in the last five weeks there have been five deaths in police custody.

In June 2017, a 25-year-old black man known as Edir Frederico Da Costa died after being detained by the police.

On July 16, a 16-year-old boy also died during a police pursuit in London.

On July 19, another black male, Darren Cumberbatch, died while in police custody.

​Investigations showed that what led to the deaths is the way the police restrained the individuals.

We await further info on a 2nd death in police custody this week, that of Darren Cumberbatch which followed Monday's death of a 16yr old https://t.co/5ODIvqRDmO

In 2010, 23-year-old Olaseni Lewis died three days after being restrained by the police while being treated for mental health issues.

On May 9, 2010, a jury ruled that the officers used "excessive force" when restraining him, causing his brain to be starved of oxygen.

The latest death of Rashan Charles has led to campaigners calling for a "radical overhaul" of the policing system which they deem to be "heavy handed."

Lee Jasper, a leading black civil rights activist, has campaigned against the number of deaths in custody.

"Up until very recently it was police policy that if somebody ingested drugs, that would be the end of the matter, and they were allowed to go on their way, subject to them taking care of their own medical healthcare needs. That changed with the arrival of the new police commissioner Cressida Dick, who enforced a new policy — extraction at any cost," Lee Jasper told Sputnik.

"What we saw in the video is the completely unauthorized use of neck holds. We saw people sitting on 'Rashman.' All of this has been the subject of endless coroners' enquiries into the death of black men in police custody, and has been consistently ruled out.

"So by just looking at the video you can see the officers have breached their own guidelines in restraint. The restraint looks violent," Mr. Jasper said.

This latest death in police custody has only led to further disunity between the community and the police — a divide which, according to some, has existed for decades.

A 2013 report by the IPCC found that race has been an extremely sensitive, and at times toxic, issue for the MPS.

It is believed that the Brixton riots in 1981 led to mistrust.

12 years later, the "ineffectual response" to the racist murder of Stephen Lawrence, signaled a further lack of confidence in policing, and led to the The Macpherson Report in 1999, which found the police to be institutionally racist.

In 2009, The Macpherson Report — Ten Years On followed, and the Home Affairs Select Committee noted that the police service had made progress in tackling racial prejudice.

However, according to Mr. Jasper and other campaigners little has changed — in fact, it has become worse.

"Black and ethnic minority communities, particularly African Caribbean, have the lowest level of trust of any ethnic group in the Met Police Service, and that trust has been declining year on year over the last decade. This is a result of decades of police brutality and corruption, and deaths in custody, where police officers have lied to protect those that are guilty," Mr. Jasper told Sputnik.

"If you find that an institution is racist, it requires you to dismantle that institution, as there is no way you can put good wine into a broken vase.

"There is deep and growing alienation from communities. For the police to restore confidence, it would require work at a local level, so that the police and community work together to solve crimes," Mr. Jasper concluded.