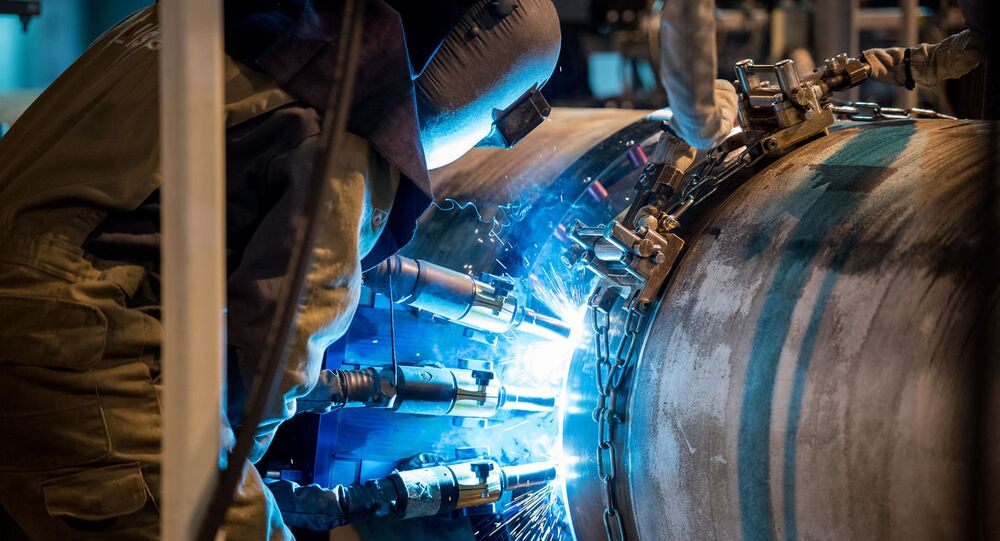 © AP Photo / Ali Aksoyer/DHA-Depo Photos
How Turkish Stream Project Reflects 'Geopolitics of Gas Pipes'
Construction of the first string of the Turkish Stream gas pipeline project began off the Russian coast in May. The first string will annually transport 15.75 billion cubic meters of gas from Russia across the Black Sea bed to consumers in Turkey, via a hub at Samsun in northern Turkey.

A second string is also planned, which will annually transport 15.75 billion cubic meters of gas to another hub at Luleburgaz, close to Turkey's border with Greece.

While European countries such as Bulgaria, Hungary and Serbia are keen to become transit countries for the project, Gazprom is waiting for authorization from the European Union before it can go ahead with the construction of the second string.

Earlier this month, Hungary signed a deal with Gazprom to connect the country to the Turkish Stream by the end of 2019.

"This will improve Hungary's energy security a great deal, so it is in our strategic interest for this cooperation to start," Hungarian news agency MTI quoted Foreign Minister Peter Szijjarto as saying.

Serbia is also keen to be a transit country for the Turkish Stream, which Stream would provide a reliable supply of cheap gas to Europe, energy expert Jelica Putnikovic told Sputnik Srbija. She said that transit countries are in talks with Gazprom to resolve one of the main stumbling blocks for the project, the EU's third energy package. It prevents energy producers from operating supply networks.

"It is important to properly resolve relations over these gas pipeline systems in Bulgaria, Hungary and Serbia so that there won't be any more problems with the EU and Brussels won't start referring to the third energy package again," Putnikovic said.

"This is project for the future, it's a project for our children and we need to finish it as soon as possible. The Trans-Anatolian Natural Gas Pipeline will be in operation next year and we expect that the Turkish Stream will be operating in less than two years, a direct connection with Istanbul. Then it's up to us how we can take the gas from Bulgaria and at what speed," Vucic said.

While the EU's third energy package does not apply to offshore pipeline such as Nord Stream 2, it could affect onshore sections of the pipeline which are in the EU.

Earlier this year, the European Court of Justice ruled that the OPAL onshore pipeline in Germany, which connects the Nord Stream pipeline to Europe's gas pipeline grid, is subject to the third energy package after a legal challenge by Poland's PGNiG energy supplier.

Gazprom was forced to cut supplies via OPAL to 50 percent of the pipeline's capacity. The appeal by PGNiG came after the EU approved a deal in December with German energy regulators that lifted a restriction on the amount of gas Gazprom can supply via OPAL.

Finland Has Nothing Against Construction of Nord Stream 2 Gas Pipeline