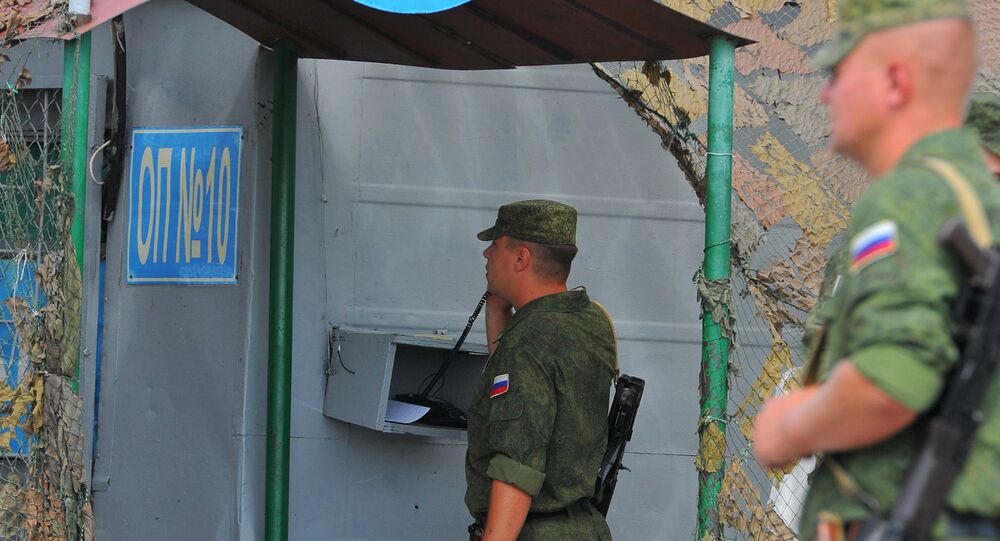 © AFP 2020 / Aleksey FILIPPOV
Moldova Ready for Compromise to Solve Transnistria Problem
CHISINAU (Sputnik) — According to the declaration, the presence of Russian troops in the eastern part of the country violates provisions on independence, sovereignty, territorial integrity and neutrality in Moldova's Constitution. Moldovan lawmakers also stated that Russia's peacekeeping mission in the region of the Transnistrian conflict should be transformed into a Civilian Mission under international mandate.

"The declaration on the withdrawal of Russian troops from the territory of Moldova has been adopted by 61 deputies. It is a political decision. The document shall enter into force following the approval and will be published in Moldovan Government's Official Gazette 'Monitorul Oficial'," Candu added.

The deputies from the faction of the Party of Socialists walked out in protest. According to Marian Lupu, the deputy from the Democratic Party of Moldova, this declaration is a political opinion but not a draft law. Consequently, it has no legal effect.

The Russian troops have been deployed in Moldova's break-away state of Transnistria, officially known as Pridnestrovian Moldavian Republic, within the framework of a peacekeeping operation since 1992. Peace in the conflict zone has been maintained by joint peacekeeping forces that include 402 Russian soldiers, 492 Transnistrian soldiers, 355 Moldovan soldiers, as well as 10 military observers from Ukraine.

Transnistria Issue Settlement Must Proceed 'Within Framework of Single Moldova'