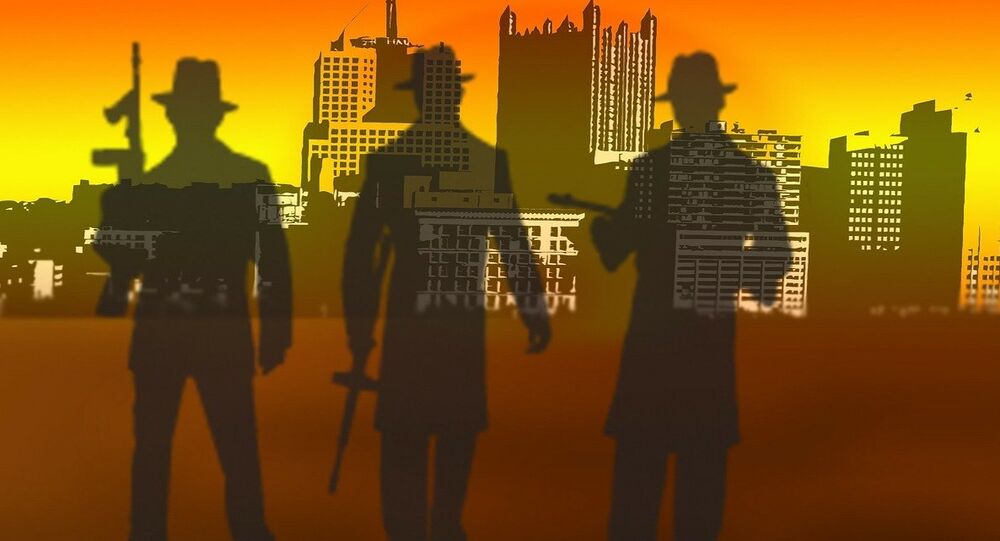 While one might think that the mafia is limited just to certain countries in Europe, new data shows that it is more than able to spread across the entire region. Radio Sputnik discussed the issue with Luca Storti, Assistant Professor of Economic Sociology at the University of Turin.

He said that organized crime groups are trying to do business and “conquer foreign territories,” but added that European authorities were now paying more systematic attention to this phenomenon.

“I must say that anti-mafia Italian legislation is very strong and effective, and Italian anti-mafia police and prosecutors are very good at investigating this criminal activity. Paradoxically, the territorial movement [of mafia groups] makes it easier for law enforcement to fight them,” Professor Storti said.

© Photo : Pixabay
'Baguetteaboutit!' Thousands of Italian Restaurants Found to Be Mafia-Owned
When asked how concerned EU authorities should be regarding the scale of this problem, he said that they should work to get a better picture of what the transnational mafia movements look like.

Speaking about the effect the mafia has on the economy, the market and free competition in the EU, professor Storti said that as far as Italy is concerned, this effect was very strong mainly in the south hampering free competition and undermining people’s trust in state institutions.

As for the role Italian mafia groups play elsewhere in Europe, Storti said that their impact on macroeconomic tendencies and dynamics is much less visible there.

When asked what countries are mostly at risk, Luca Storti said that countries more likely to be impacted by the Italian mafia are Germany and Spain.

“I believe that a high level of civic awareness could protect a territorial complex against mafia infiltration,” he noted.

Regarding the ways mafia groups use to spread their influence across the EU, Professor Storti said that “they need someone hosting them there.”

“They also engage in trafficking with trucks in Spain, the Netherlands and in some other countries. There is also the possibility of investing in the legal economy,” Luca Storti said.

© REUTERS / Marcello Paternostro/Files
Mafia Migration: German Cops Launch Crackdown on Calabrian Crime Gangs
According to a 2017 Europol report, there are currently around 5,000 organized crime groups under investigation in the EU. Seven out of ten of these reportedly operate in more than one member-state of the bloc.

The report stresses that no country can consider itself immune to the threat of the mafia.