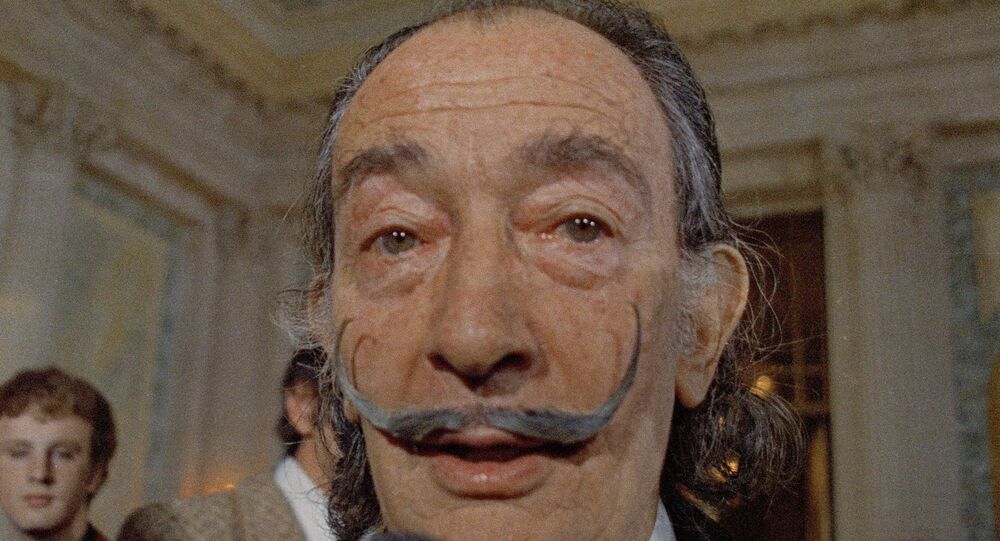 The body of Spanish surrealist painter Salvador Dali was exhumed on Thursday night to take DNA samples to settle the paternity claim of a woman, Maria Pilar Abel Martinez, who argues to be Dali's daughter, the director of Dali Theatre-Museum in the Spanish city of Figueres told Sputnik.

FIGUERES (Spain) (Sputnik) — The exhumation took place in line with court's ruling from June 26, which stated that there was a need for biological analysis to check whether the DNA of Martinez and Dali matched.

Dali died in 1989 and was buried in a crypt below the stage floor in the Dali Theatre-Museum.

"Everything went according to the plan. The samples have been sent for an expertise," the director of the museum, Montse Aguer, said.

Martinez filed the lawsuit with a Spanish court in March 2015, claiming that she was born as a result of an affair between her mother and Dali.

The woman, who claims to be a tarot card reader, says her mother met Dali in the 1950s in the village of Port Lligat in Catalonia's Girona province. The artist and his Russian wife commonly known as Gala had lived there for over 40 years.

© AP Photo / Eustache Cardenas, File
Salvador Dali to be Exhumed After Woman Claims to Be His Lovechild
The final decision on this case is expected to be made on September 18. If it turns out that Martinez is not Dali's daughter, the woman will have to pay the costs of exhumation process. Martinez is believed to have brought the claim because of her difficult financial situation and she likely hopes to get part of Dali's estate.

The woman has already been involved in a scandal. In 2005, she filed a lawsuit against Javier Cercas, the author of the Soldiers of Salamina novel, accusing the Spanish writer of using her personality to create the character named Conca, who, according to Martinez, was depicted as stupid and hypocritical, thus, hurting the dignity of Martinez. She demanded 700,000 euros ($814,000) as a compensation. In 2009, the court finally declined her claim, since the author did not even know the woman.

Poland to Exhume Body of Ex-President Kaczynski on November 14