The European Union's internal anti-fraud office, OLAF, is conducting six investigations into individuals for suspected tax evasion after their names emerged in the Panama Papers. But EU officials are playing it down, and say they are surprised how few names came up during their trawl.

Last year a mass of documents were anonymously passed to Bastian Obermayer, a journalist with the Munich-based Suddeutsche Zeitung.

They became known as the Panama Papers and included the names of 430,000 people who had allegedly used a Panama-based law firm, Mossack Fonseca, to hide money for them in secret offshore investments.

In June 2016, the European Parliament created a committee of inquiry into the Panama Papers, chaired by German MEP Werner Langen.

The European Union's OLAF anti-fraud unit took possession of a copy of the Panama Papers and compared it with a list of 40,000 staff working in Brussels and Strasbourg.

OLAF found 17 individuals whose names matched, and the organization's Director-General Giovanni Kessler said he was pleased "so few cases" had emerged.

​An OLAF spokeswoman told Sputnik they had spent a great deal of time and used all the open source information which was available.

"With its highly-developed analytical tools, OLAF examined the large amount of available data. The first step, which took 11 days, was 'cleaning' the data, whereby OLAF analysts fixed any possible inconsistencies. A Slavic name, for example, when translated from the Cyrillic alphabet to the Latin alphabet could be spelled in different ways, although it relates to the same person," she added. 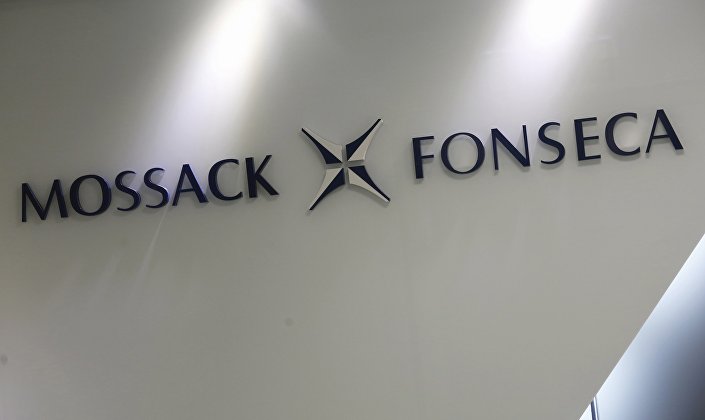 "Experts then checked whether the following three categories had in any way been linked to the offshore companies exposed in the Panama Papers. The first category related to EU staff who held managerial functions, to members of the European institutions and to staff categories across the European institutions considered to be at higher risk, for example budget administrators, procurement officers, inspectors, investigators or auditors," she told Sputnik.

She said OLAF identified "40,000 persons and companies pertaining to these three categories" but after the analytical exercise they were left with only "17 real matches."

OLAF has refused to name any of the individuals who are under investigation.

Among the countries Mr. Langen's committee of inquiry visited was Malta.

In 2012, Malta's EU Commissioner, John Dalli, resigned after a report by OLAF linked him to an attempt to gain influence by tobacco lobbyists.

​Mr. Dalli denied he had done anything illegal but his case was the subject of a bizarre Danish documentary, The John Dalli Mystery, which was aired in Britain this week.

The John Dalli Mystery — a dark and disturbing film running from Brussels to an island in the Caribbean.

​It follows Danish journalists Mads Brugger and Mikael Bertelsen as they seek to uncover the truth about Mr. Dalli, who became embroiled in a gold fraud in the United States.

Mr. Bertelsen told Sputnik they were originally investigating the mysterious death of an EU official in 1993, Antonio Quatraro, which was also linked to the tobacco industry.

"Suddenly, in 2012, the story about John Dalli who resigned as Commissioner for Health, was all over the news. I had given up on reporting on the EU, but Mads Brugger, who is very convincing when he follows a story, was so sure that the Dalli case was a result of the same system as the old case, and we would be able to solve both mysteries, since Dalli was still alive and could participate," Mr. Bertelsen told Sputnik.

​The film shows the pair investigating an anonymous source, who calls himself Dmitri, who claims to Mr. Dalli that he has documents which would clear him and unearth corruption in the EU which "would shake Europe."

"To this day, I don't know if John Dalli is innocent or not, and who the secret source was. At one point I was convinced that the source was Russian, and tried to influence the European population's view of the EU," Mr. Bertelsen told Sputnik.

"If Dalli is guilty the systems works, and OLAF did what it is supposed to do. If Dalli is innocent, there is a hidden and much more powerful corruption going on. The problem is, that to this day, it is still very difficult to determine what is up and down in this case. It is an unfortunate situation," he told Sputnik.