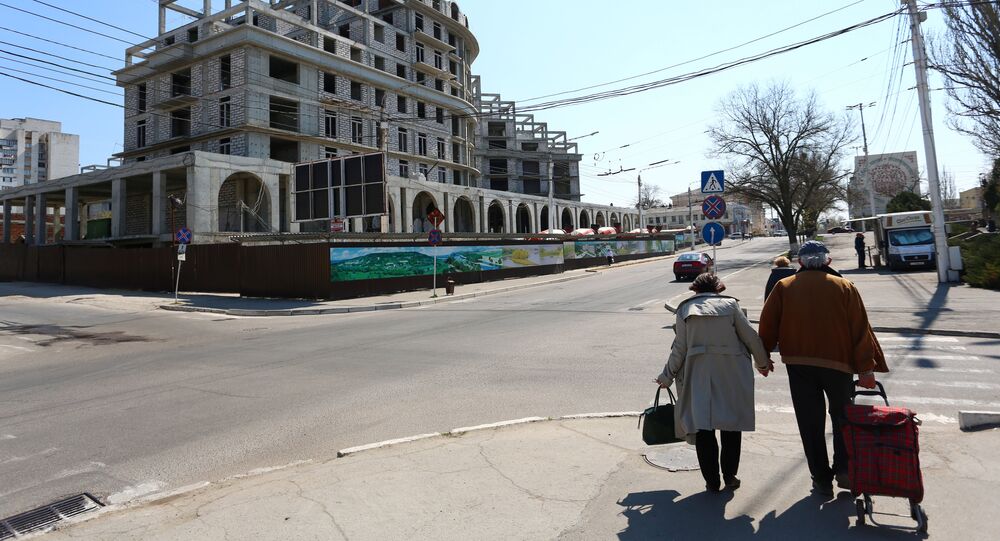 The authorities of Transnistria will pursue the closure of the joint Moldovan-Ukrainian checkpoints on the border with the self-proclaimed republic, Transnistria's Foreign Minister Vitaly Ignatiev said Wednesday.

© Sputnik / Alexandr Vilf
Transnistria Issue Settlement Must Proceed 'Within Framework of Single Moldova'
TIRASPOL (Sputnik) – The first of 13 planned joint checkpoints was opened by Ukraine’s President Petro Poroshenko and Moldova’s Prime Minister Pavel Filip on Monday. Poroshenko characterized the move’s as Ukraine’s attempt to "contribute to the reestablishment of the territorial integrity and sovereignty of Moldova."

"We will continue undertaking the necessary political and diplomatic actions to … reach the suspension of this destructive measure," Ignatiev told reporters.

The foreign minister called the speculations groundless that the joint Ukrainian-Moldovan control of Transnistria’s border was not related to the conflict in the region and its regulation. Ignatiev added that these speculations were an attempt of some external players to avoid responsibility and discussion of Transnistrian issue at the negotiations table.

"If someone thinks that the situation on the regional level will change after the introduction of the joint controls, that the new rules worsening the lives of Transnistria residents will be introduced, I think this is a misconception," Ignatiev pointed out.

On Tuesday, media reported, citing the draft resolution of the Moldovan government, that Chisinau and Kiev planned to open a total of 13 joint checkpoints at the border with Transnistria.

© Flickr / Dieter Zirnig
Transnistria Leader Asks Russia to Assess Moldovan-Ukrainian Car Transit Ban
In June, Transnistria’s President Vadim Krasnoselsky said that the decision on the establishment of the joint Moldovan-Ukrainian checkpoints taken without consultations with Tiraspol violated in international law and called the decision "a way to the escalation" of the conflict in the area.

The Transnistrian conflict began in 1990 when the region, with predominantly ethic Russian and Ukrainian population, separated from the Soviet Republic of Moldova for fear of the latter's possible reunion with Romania. Since 2005, the talks on the conflict have been held in the 5+2 format, which, apart from Transnistria and Moldova, includes the Organization for Security and Co-operation in Europe (OSCE), Russia, Ukraine, the European Union and the United States as mediators.

Moldova Open to Compromise With Breakaway Transnistria to Unite Country