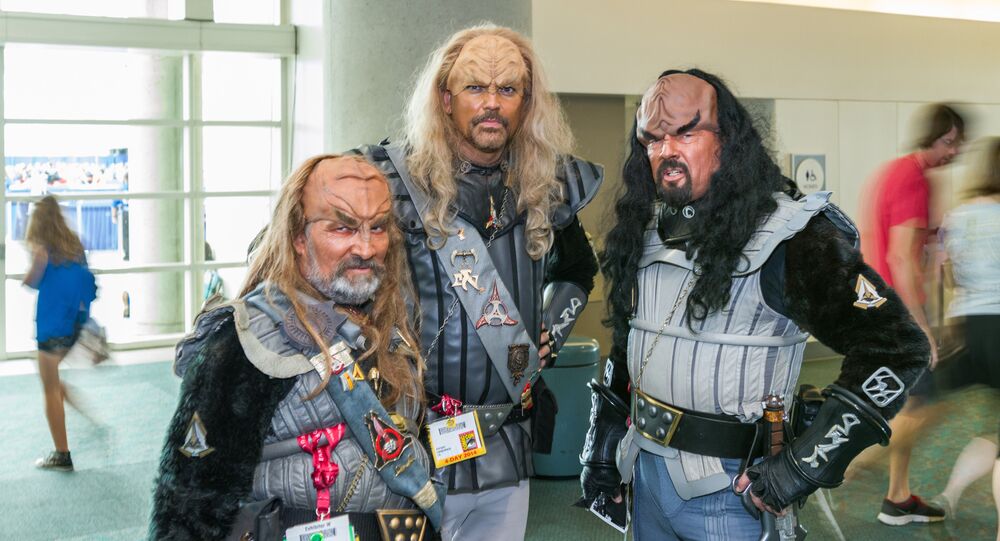 Macedonia has rejected Greece's suggestion that it adopt the acronym FYROM as the name of the country in order to join the European Union and NATO. Macedonian Foreign Minister Nikola Dimitrov, said it sounded as alien as Klingon.

It has been formally known as the Former Yugoslav Republic of Macedonia (FYROM) since its creation because of the refusal of its neighbor Greece to accept the simpler name, Macedonia.

Greece has its own northern province of Macedonia and when the republic declared its independence from the collapsing state of Yugoslavia in 1991, Athens rejected the idea of it claiming the name Macedonia.

​A compromise was agreed and the country, which has its capital in Skopje, is known as FYROM.

Greece's Prime Minister Alexis Tsipras said the name issue must be resolved before the Balkan country can be allowed into the EU or NATO.

The Greeks have been hinting that they would accept FYROM as the country's permanent official name, but Mr. Dimitrov reacted angrily to the idea.

"When you say FYROM, that has as much reference to my country as 'Klingon' from the Star Trek TV series," he said in Brussels.

The Klingons are an evil, humanoid species in the long-running science fiction franchise, and they come from the planet Kling, sometimes called Klinzhai.

​They are the perennial enemies of Captain James T. Kirk and the crew of the starship USS Enterprise and their language is a guttural tongue.

In 1985, linguist Marc Okrand created a Klingon dictionary, and in 2013 Bing even created their own English to Klingon translation device.

People have even translated the Bible and Shakespeare into Klingon and in 2016, Paramount Pictures sued the makers of a Star Trek-style movie for breach of copyright because they used elements including the Klingon language.

Macedonians are often referred to disparagingly on social media as "Fyromians" and are even accused of being a fake nation.

"They are Slavized Turks & what they call 'macedonian language' (Makedonski) is not Alexander's lingua," wrote one Greek Twitter user.

This is no laughing matter for the Greeks.

There is a long statement about FYROM on the Greek Foreign Ministry's website.

"The name issue is… a problem with regional and international dimensions, consisting in the promotion of irredentist and territorial ambitions on the part of the Former Yugoslav Republic of Macedonia, mainly through the counterfeiting of history and usurpation of Greece's national, historical and cultural heritage," it says.

"Historically, the term ‘Macedonia,' which is a Greek word, refers to the Kingdom and culture of the ancient Macedonians, who belong to the Hellenic nation and are unquestionably part of Greek historical and cultural heritage," it goes on.

The most famous Macedonian in history was Alexander The Great, who was the son of King Philip of Macedon and created a vast Greek empire across the Middle East.

Mr. Tsipras wants the name issue resolved in a "mutually acceptable" way, but he is adamant the Macedonians cannot call themselves Macedonia.

Perhaps the Greeks would prefer them to call the nation Ngos Hatlh, which means "Our Country" in Klingon.

Macedonia NATO Accession Issue May Be Resolved in 3-4 Months

Where No Lawsuit Has Gone Before: Can Star Trek's Klingon Be Copyrighted?