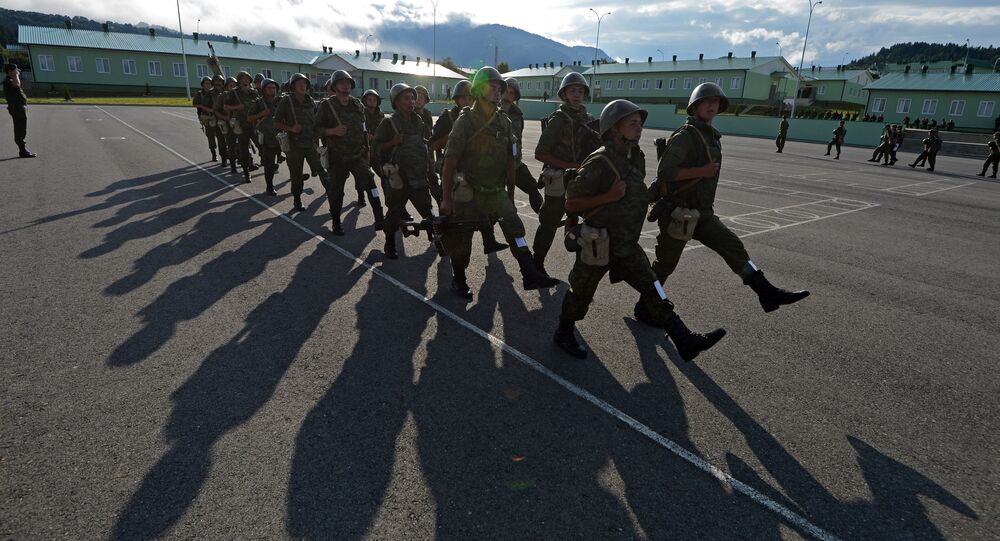 The Russian peacemakers, deployed at a military base in South Ossetia, serve as guarantors of peace in the region, Russian Ambassador to South Ossetia Marat Kulakhmetov said Friday.

Kulakhmetov said at the official ceremony, commemorating the anniversary, that the main objective of the Russian peacekeepers is to put an end to the bloodshed and military operations, to ensure the negotiations between the warring parties.

"[The peacekeepers] accomplished this objective, and have been carrying out their task with dignity for 16 years. They have been guarantors of peace on South Ossetia's soil, which allowed people to have a rest and enjoy peace on their land," he said.

In 1991, a military conflict erupted between Georgian forces and ethnic Ossetian militia who wanted to secede from Georgia. The conflict was frozen in 1992 by a Russian-brokered ceasefire, which established the Joint Control Commission for Georgian–Ossetian Conflict Resolution (JCC) that deployed joint peacekeeping forces in the conflict zone.

In August 2008, Tbilisi withdrew from JCC and launched an offensive against South Ossetia engaging into a five-day war with Russian forces. As a result of the conflict, Moscow recognized independence of South Ossetia, with Georgia loosing control over this territory.