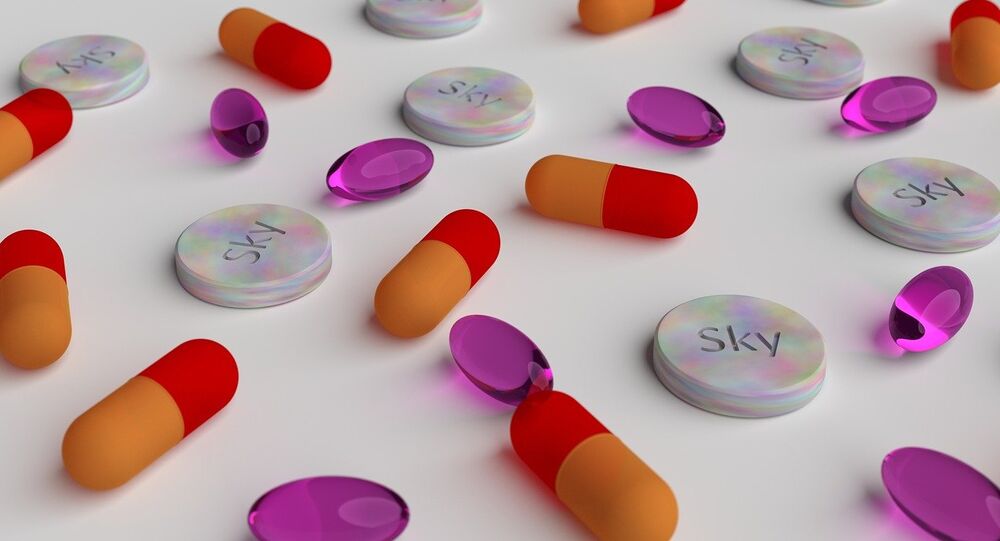 The UK government has launched a revised drug strategy, which shifts policy from abstinence towards harm-reduction and recovery, and increases restrictions on legal highs. The initiative, welcomed by drug charities, comes at a time when drug-related deaths in the country are sharply rising, despite falling levels of use.

The strategy, launched by drugs minister, Sarah Newton, was originally due to be published in 2015.

​Each year in the UK, drugs cost US$14 billion (£10.7 billion) in policing, healthcare and crime, with drug-fueled theft alone costing US$8 billion (£6 billion). Research shows for every dollar spent on treatment, an estimated US$3.25 is saved.

In 2015/16, 2.7 million — over 8 percent — of 16-59-year-olds in England and Wales took illegal drugs, down from 10.5 percent a decade ago. However, new risks have emerged, including psychoactive substances and image and performance enhancing drugs, "chemsex" drugs and misuse of prescribed medicines.

The strategy includes measures to reduce demand through deterrent work, via the expansion of the Alcohol and Drugs Education and Prevention Information Service, dismantle trafficking networks and support recovery through ensuring adequate housing, employment and mental health services are available to help addicts and users turn their lives around.

​For the first time in the UK, the strategy recognizes the correlation between drug misuse and mental health issues, noting those "with complex needs" who are arrested for drug possession will be diverted to drug treatment and community mental health services. Moreover, alternatives to court prosecutions for drug cases are being explored, such as informal cautions, community orders and suspended sentences.

Govt drugs strategy is business as usual = good news for criminals. Other countries are innovating to reduce harm. UK needs to catch up.

The new drug strategy is a shameful ignoring of the evidence on how to reduce drug-related harmshttps://t.co/CRi5QDk3xW

The strategy also places an intense focus on "chemsex" drugs — illicit substances taken before or during planned sexual activity, designed to sustain, enhance, disinhibit or facilitate the experience. Such drugs are typically taken by gay or bisexual men, for the explicit and sole purpose of having sex.

Chemsex parties involve sexual activity between multiple individuals. Crystal methamphetamine, GHB/GBL and mephedrone are commonly taken drugs at such events, as they allow users can to stay awake for several days with little need for sleep or food. Usage of these substances carries serious physical and mental health risks, most significantly the spread of blood-borne infections and viruses.

Chemsex drugs were catapulted into the UK public consciousness when in 2016, Stephen Port — dubbed the "Grindr Killer" — was convicted of multiple murders and rapes. Port would secretly give his victims high doses of GHB in drinks, before raping and killing them.

​"Illicit drugs feature in so many types of harm and crime; they are frequently used as a commodity by organized criminals and gangs, often linked to violence and exploitation of the vulnerable. Drugs are the root cause behind countless burglaries, thefts and robberies, and are often associated with anti-social behaviour and public concern," said National Police Chief Council Lead for Drugs, Commander Simon Bray.

The government's recognition that evidence-based treatment, recovery and harm-reduction services needed to be at the heart of the UK's response to drug misuse was a "very welcome" and "crucial" conceptual shift in the thinking underpinning drug policy, according to Paul Hayes, former head of the National Treatment Agency and now Chief Executive of drug treatment group Collective Voice.

"The dominant media and political narrative about drug misuse emphasizes the power of the drug and minimizes the social, economic and psychological world of the user. The clear association between drug dependence and social exclusion, poverty, criminality, and mental ill-health is thus assumed, often implicitly, to be a consequence of drug use. For the first time this strategy makes it clear that drug dependence is as much a consequence of pre-existing social and economic disadvantage as it is their cause," Hayes said.

However, other voices were less positive. Former Liberal Democrat Health Minister Norman Lamb said the strategy would not work, as it continued to treat drug dependence as a criminal justice matter, rather than a health issue.

Calling the UK's war on drugs a "catastrophic failure" that has wasted millions, made criminals of young people and unleashed gang violence, he called instead for decriminalization of drugs use and for cannabis to be legalised and regulated, which he said would encourage users to seek help.

Deal or No Dealer: 500 Arrests in UK Since Legal Highs Banned