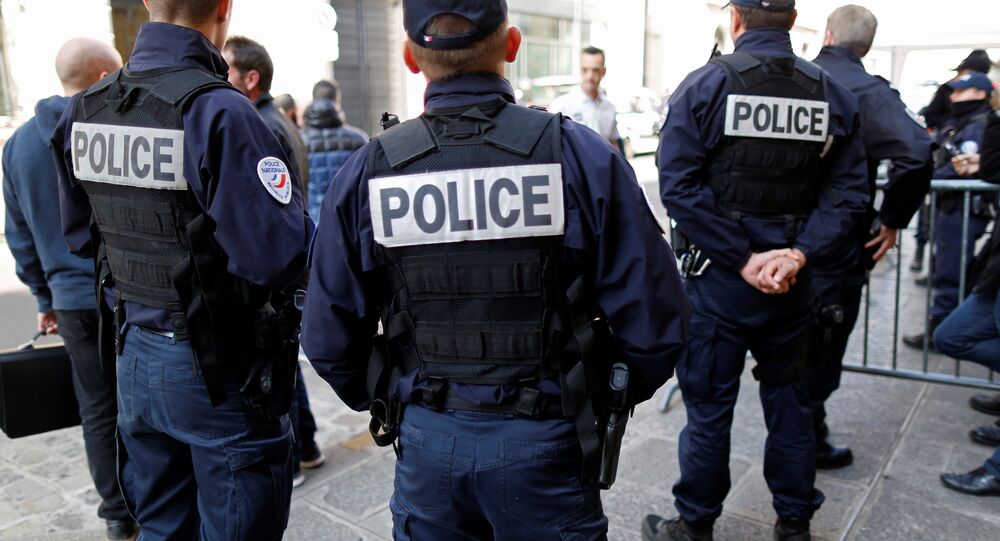 For years, militant Islamists have been trying to infiltrate France's military and law enforcement, and have had some success, Claude Tchicaya of the Institut de Prospective et Sécurité en Europe told Sputnik.

There have been about a dozen cases of radicalization in the gendarmerie national, France's military police, gendarmerie chief of staff Richard Lizurey said in September.

Last year, a report by the French National Assembly's Committee on National Defense and Armed Forces noted that approximately 50 cases of Islamist extremism had been discovered in the French army and recommended greater vigilance when recruiting soldiers.

In early 2015, it was reported that a dozen former French soldiers were fighting for Islamist groups in Iraq and Syria. The same year, a former naval officer was arrested for taking part in a plot to bomb Fort Bear, the military base where he had been stationed.

Journalists Christophe Dubois and Eric Pelletier, authors of a book about anti-terrorism operations entitled "Where did our spies go?" cite a December 2015 report by the Directorate of Security for the Paris Metropolitan Area (DSPAP) which said that 17 cases of radicalization were identified in the Paris police between 2012 and 2015. The apprehended officers were mainly "young, and had entered the police force in the mid-2000s," Dubois and Pelletier wrote.

Claude Tchicaya, a researcher at the Institut de Prospective et Sécurité en Europe, told Sputnik France that the reports are just a few of several among many more cases which the authorities are dealing with.

"These specific examples have been made public now, but for many months, if not years, there have been cases of radicalization in these professions," Tchicaya said.

© Sputnik / Irina Kalashnikova
French Senate Votes for Extension of State of Emergency for 3 Months
The analyst referred to the suspension, pending an investigation into suspected radicalization, of a dozen schoolteachers in August 2016. In September 2015, 70 employees were fired from Paris airports because of suspected radicalization.

"There were more than a hundred cases in 2016 and in previous years it was the same. Since the 1990s, this has affected professions related to teaching and transport."

"The difficulty is that those who behave in a noticeably challenging way are not always the most radicalized. It's like trying to get the salt by pulling the whole tablecloth toward you – you end up with all the dishes on the floor. That's the danger of mixing everything together in one pile, you need a clear division of concepts," Tchicaya told Sputnik.

"The problem affects all levels of the hierarchy, not just district policemen or young people at the beginning of their career. There is a real danger that they will use all the means at their disposal (databases or weapons) to carry out terrible attacks in our society. They are responsible for maintaining the peace, they are supposed to be the forces of law and order."

"Their actions can also affect other professions, via which they might receive information and use it for unlawful activities. They can cause damage to private interests as well as national and even international ones. We have to stop this phenomenon from spreading, it must be stopped as soon as possible," Tchicaya said.

© AP Photo / Burhan Ozbiblici
French Police Discover Footage Proving Paris Attacker's Links to Daesh
Last week, it was reported that a policeman in Kremlin-Bicetre, a commune in the southern suburbs of Paris, was arrested on suspicion of criminal association and fraud. The policeman, who worked in the road traffic department, is suspected of consulting police files unrelated to his work and handing classified information to his brother, a jihadist who was jailed for a year for helping militant Islamists in Syria. He also allegedly declared his adherence to the ideology of the Daesh terror group, BFMTV reported.

France has been struck by a wave of attacks carried out by Islamist terrorists in recent years. In January 2015, Islamists killed 12 people working for the cartoon Charlie Hebdo, and on November 13 2015, 130 people were killed in terror attacks in Paris.

In July 2016, 86 people were killed during Bastille Day celebrations in Nice, when an Islamic terrorist mowed down pedestrians on the promenade.

There have been several smaller attacks, such as the Magnanville stabbing in June last year, the Normandy church attack in July 2016 and an attack on police officers guarding Champs Elysees Avenue in Paris by a French Arab Muslim terrorist, last April.

Last month, a car loaded with weapons and gas canisters rammed into a police van on Champs Elysees Avenue in Paris. No police or bystanders were injured in the attack, which was carried out by a 31-year-old man with known links to extremism, who died after the car exploded.